Passionate Aviators Obsessed With your Success 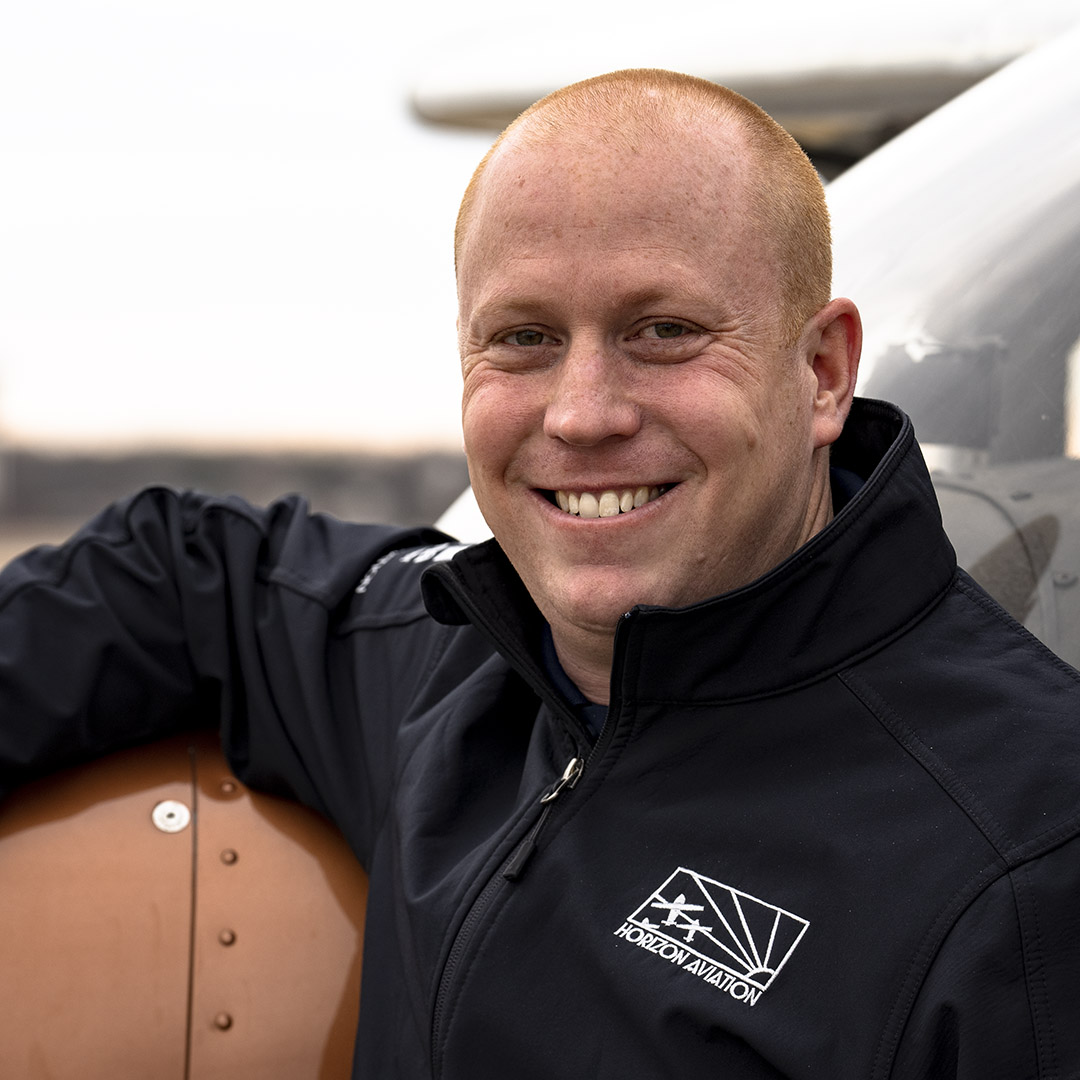 Brian began flying years ago with a goal of becoming an airline captain. After 9/11, and with career prospects not looking great at the time, he accepted a position as an air traffic controller with the FAA. That career has sustained him for close to twenty years and he is now able to spend his off duty time flying and instructing, making good on the dream he had years ago. 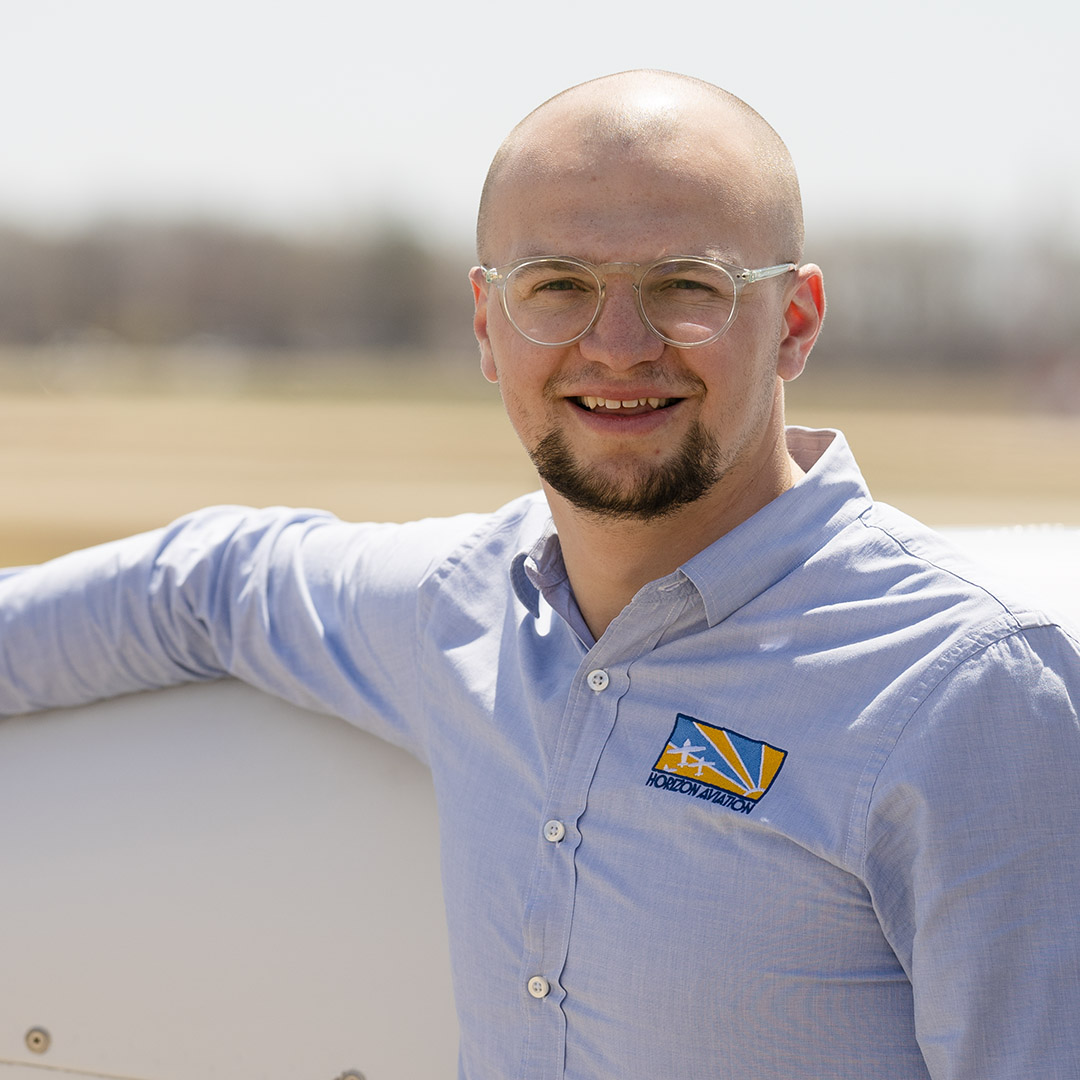 Flying has unlocked so much of the country for Tyrone. Originally from Utah, he has flown over the deserts of the southwest, the snow capped peaks of the Rocky Mountains, National Parks, and even LAX. As a teacher of many subjects, he is excited to share everything he has learned, and help his students explore their world from the air. 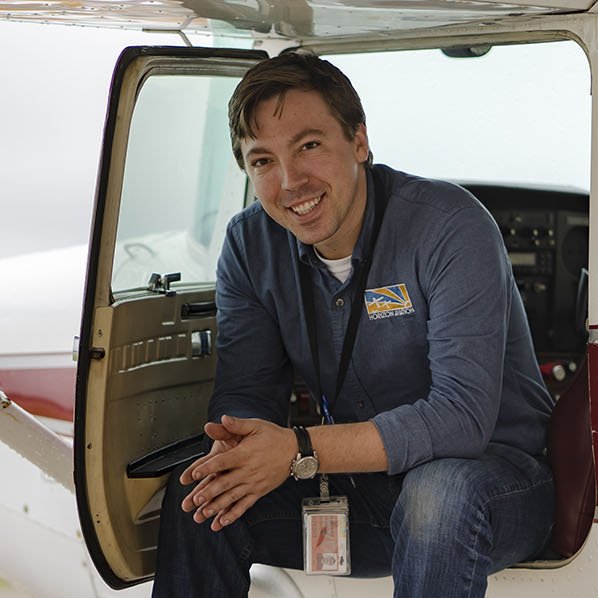 Alex’s love for flying is multifaceted. He loves the mechanical inner workings of radial engines. He loves the freedom flying grants. He loves reading about the exploits of those that flew in war and space. And now, after flying on his own for several years and exploring the country, he can say that he loves teaching others to fly. 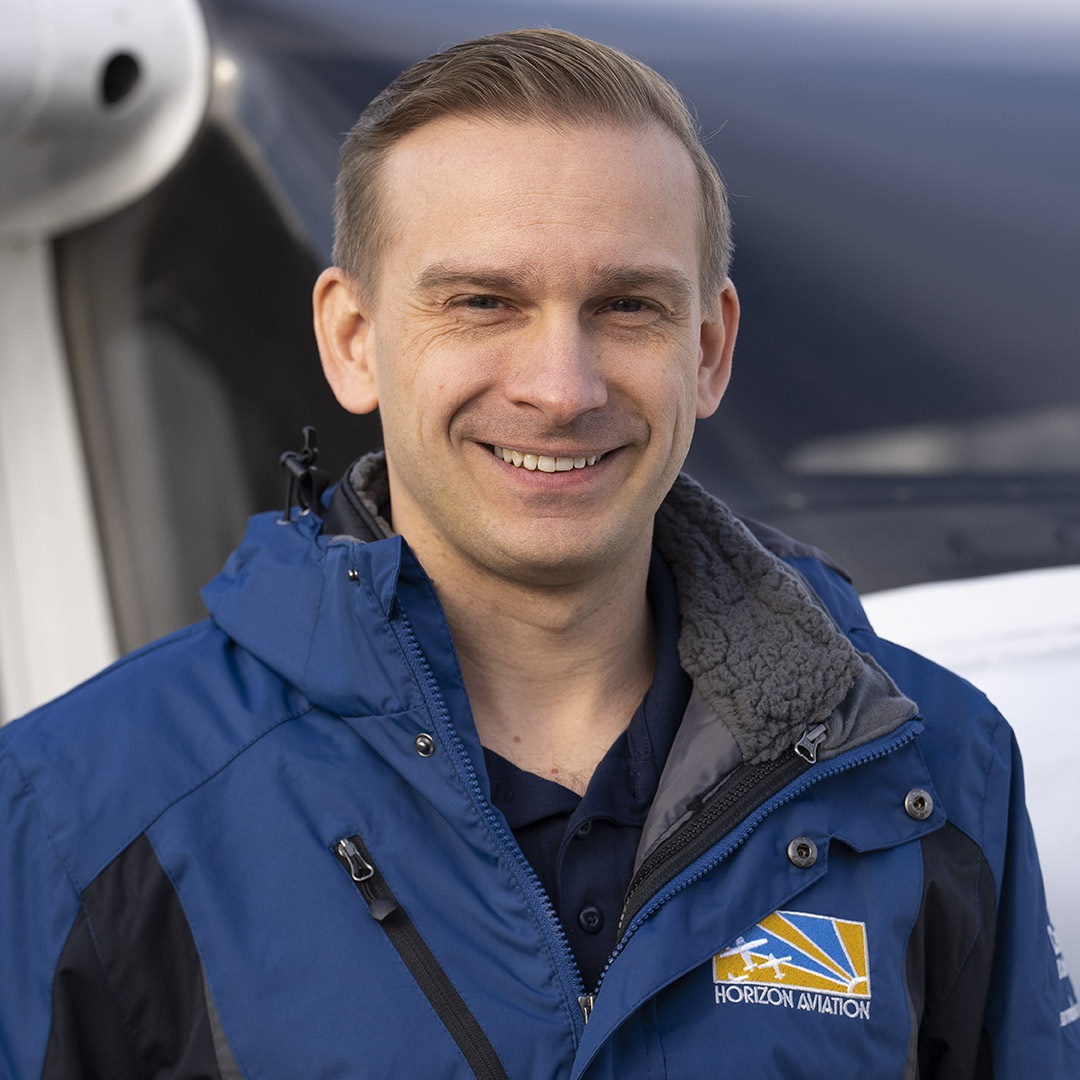 Kyle’s career as a pilot is beginning after serving in the United States Air Force as a rocket engineer. No, we aren’t kidding. Originally from Fond Du Lac, WI, (down the road from Oshkosh) Kyle was surrounded by aviation from the start. With his military days behind him, he is now able to pursue his original dream of flying professionally. 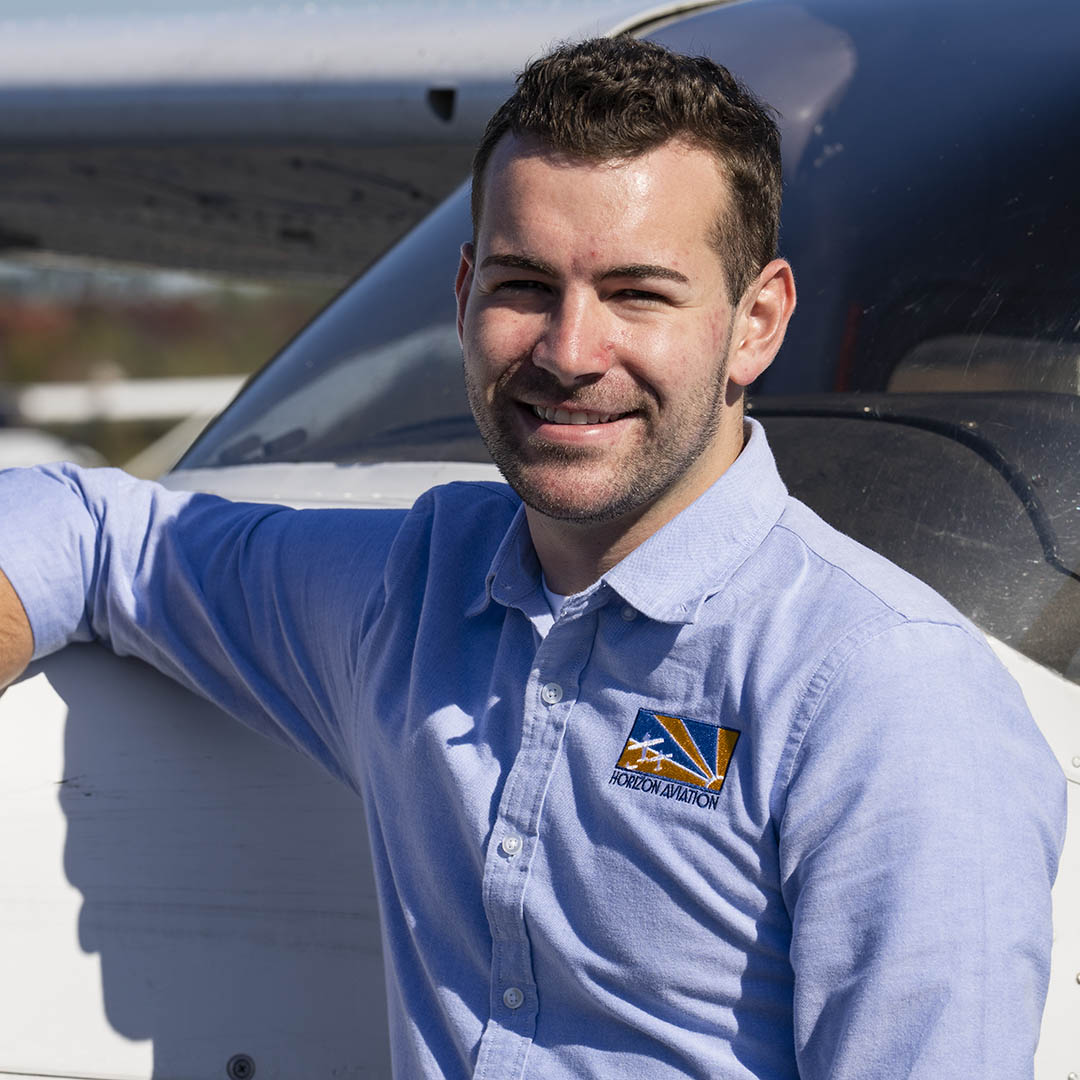 Josh hails from Colorado and was taught how to fly by his own father, a CFI and professional corporate pilot. Once his Private Pilot certificate was in his possession, he decided to go all-in. Despite a burgeoning non-aviation career, Josh feels that his flying was always his true calling and is thrilled to share everything he has learned with the next generation of aviators. 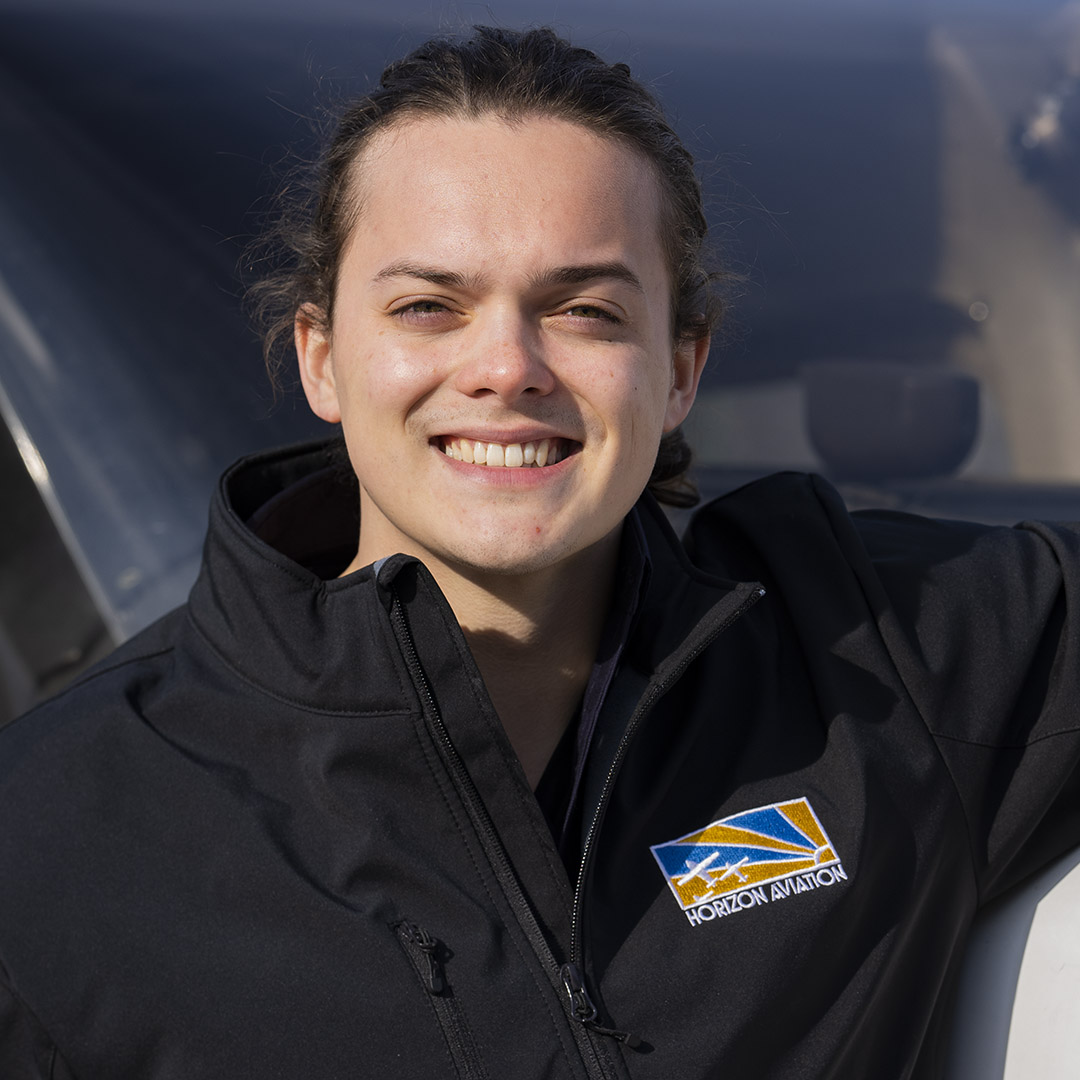 Luis is a second generation pilot and had the good fortune of having access to a family owned Cessna 172. It wasn’t until his late teen years that he took advantage of it. Though casually interested at first, flying became an all consuming obsession and he found himself blasting Joining us from Las Vegas, NV, Luis has an incredible variety of flying experiences and is a strong addition to our team. 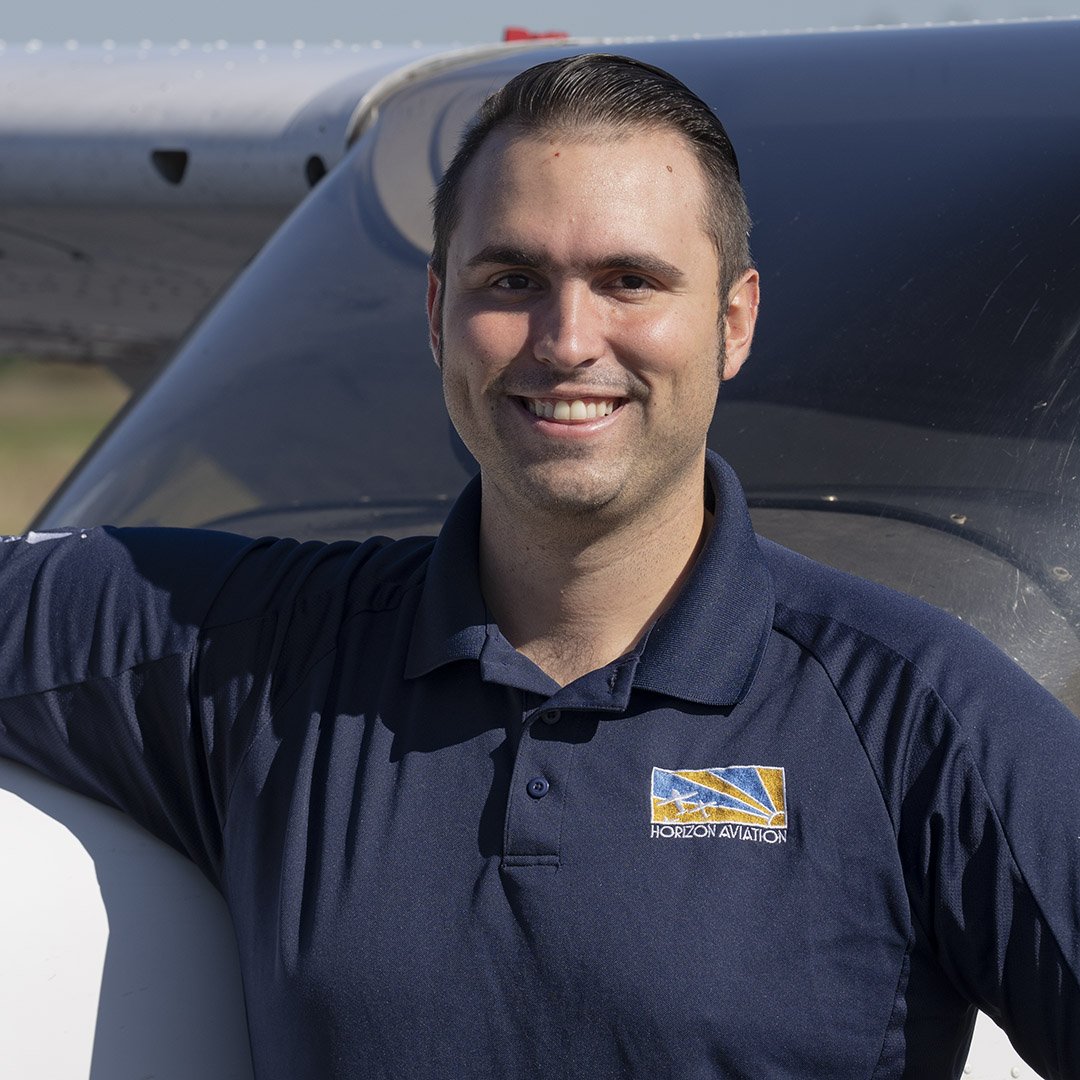 Conner grew up in a flying family. His father is an airline captain and his mother is a flight attendant. He soloed on his 16th birthday in the family Cessna 182 knew early on that he wanted to follow in his father’s footsteps. Though a long way from home, Conner is thrilled to be on his way and helping aspiring pilots achieve their goals. His ultimate dream is to fly for a major airline, and maintain his own TBM 940. 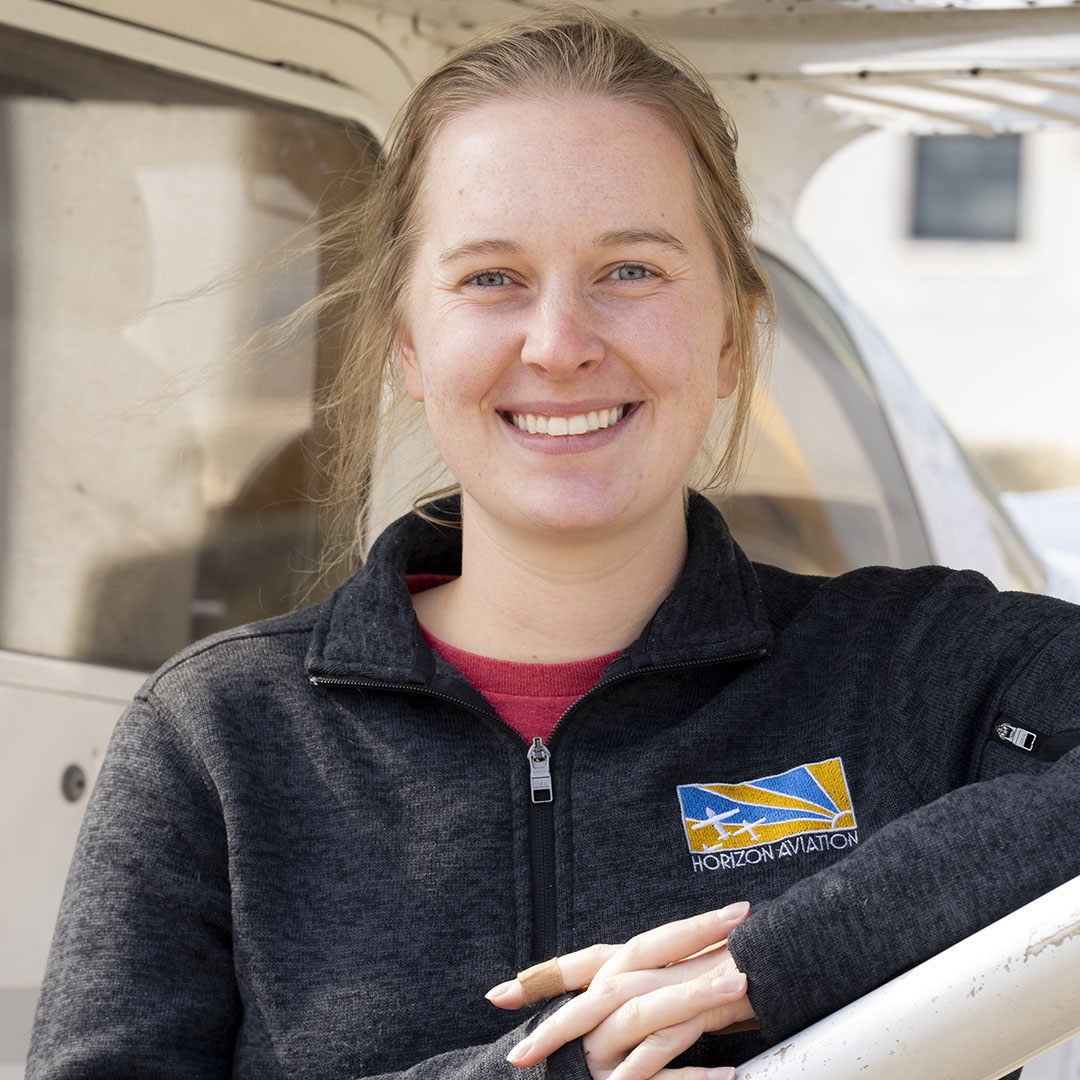 Annie discovered sky diving while attending college in San Diego. She fell so in love with being in the air the she decided to try her hand at flying. From her first into flight she knew this what she wanted to do. Eager to have a career outside of the airlines, Annie is thrilled to show her students just how much fun flying and flight training can be. 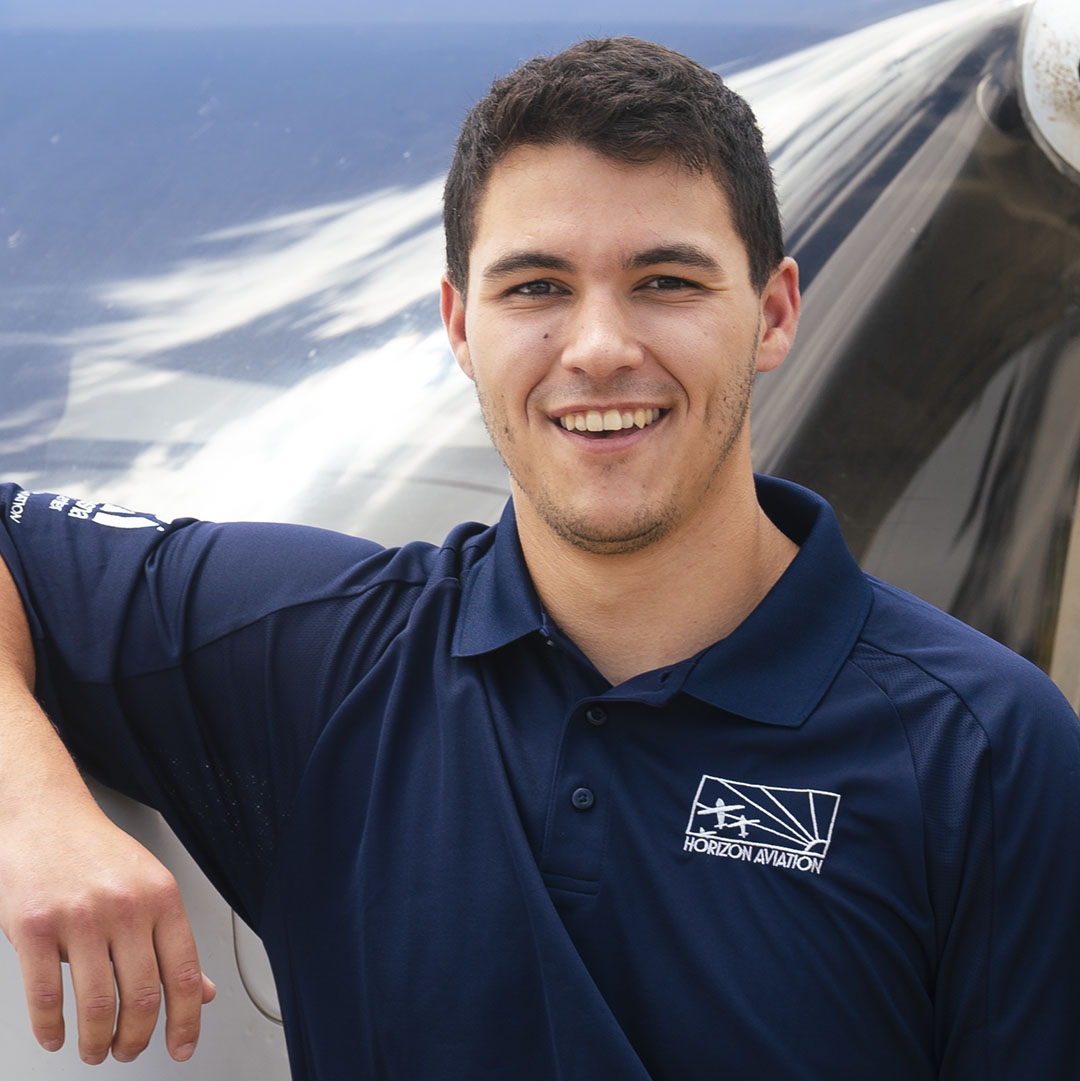 Ross has been fascinated with flying for as long as he can remember. With a college degree in aviation management and a burgeoning career with an airline Ross decided that he needed to be the one flying the plane instead of supporting it from an office. He earned his Private, IFR, Commercial, and CFI certificates with Horizon and we are proud to have him teaching and inspiring the next generation of aviators. 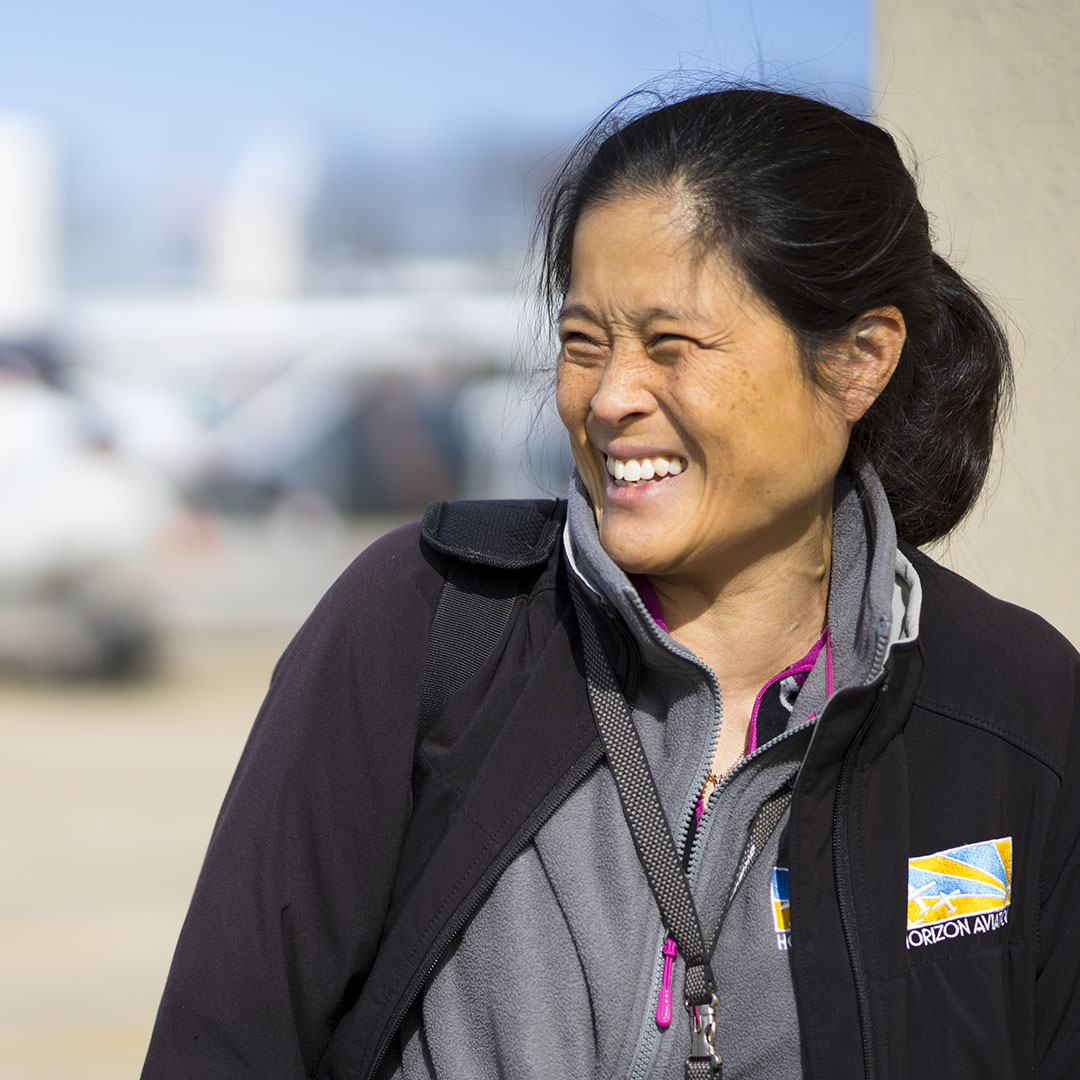 Vicky was given an introductory flight as a gift several years ago. She was instantly hooked and devoted herself to her training. She completed all of her flight training in only a year and a half and has amassed close to 7,000 hours of providing flight instruction to students. When she is not instructing, she may be found exploring southern New England in her Falco F.8L. 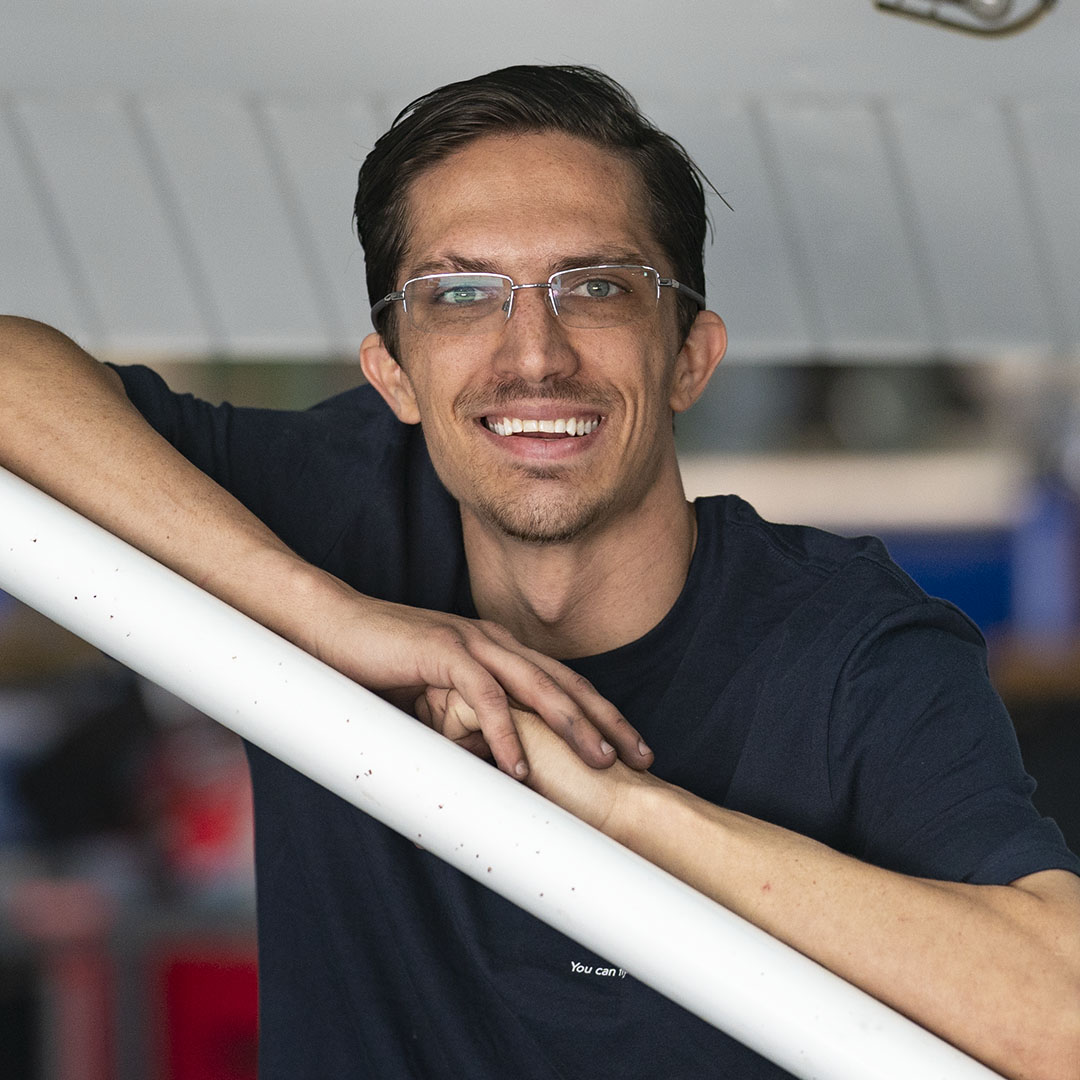 Bobby’s biggest hero is his grandmother. As the first female certificated auto mechanic ever in the state of Arkansas, she inspired Bobby to explore the world of machinery and to become an expert in his craft. With a world class work ethic and an unwavering devotion to family, Bobby brings his best to everything and everyone he encounters. 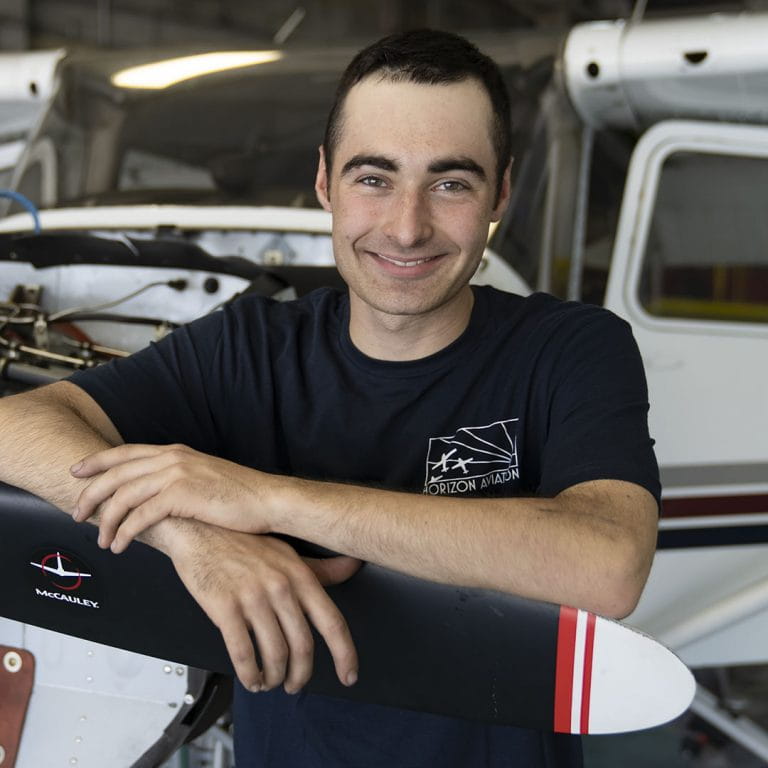 Pursuing aviation professionally was never a thought for Julian, it was just something he knew he would do. He began flying at Horizon Aviation when he was just 15 and obtained his private pilot certificate at only 17 years old. Now a graduate with a degree in aviation management, Julian is working to complete his A&P as well as his commercial pilot certificate. 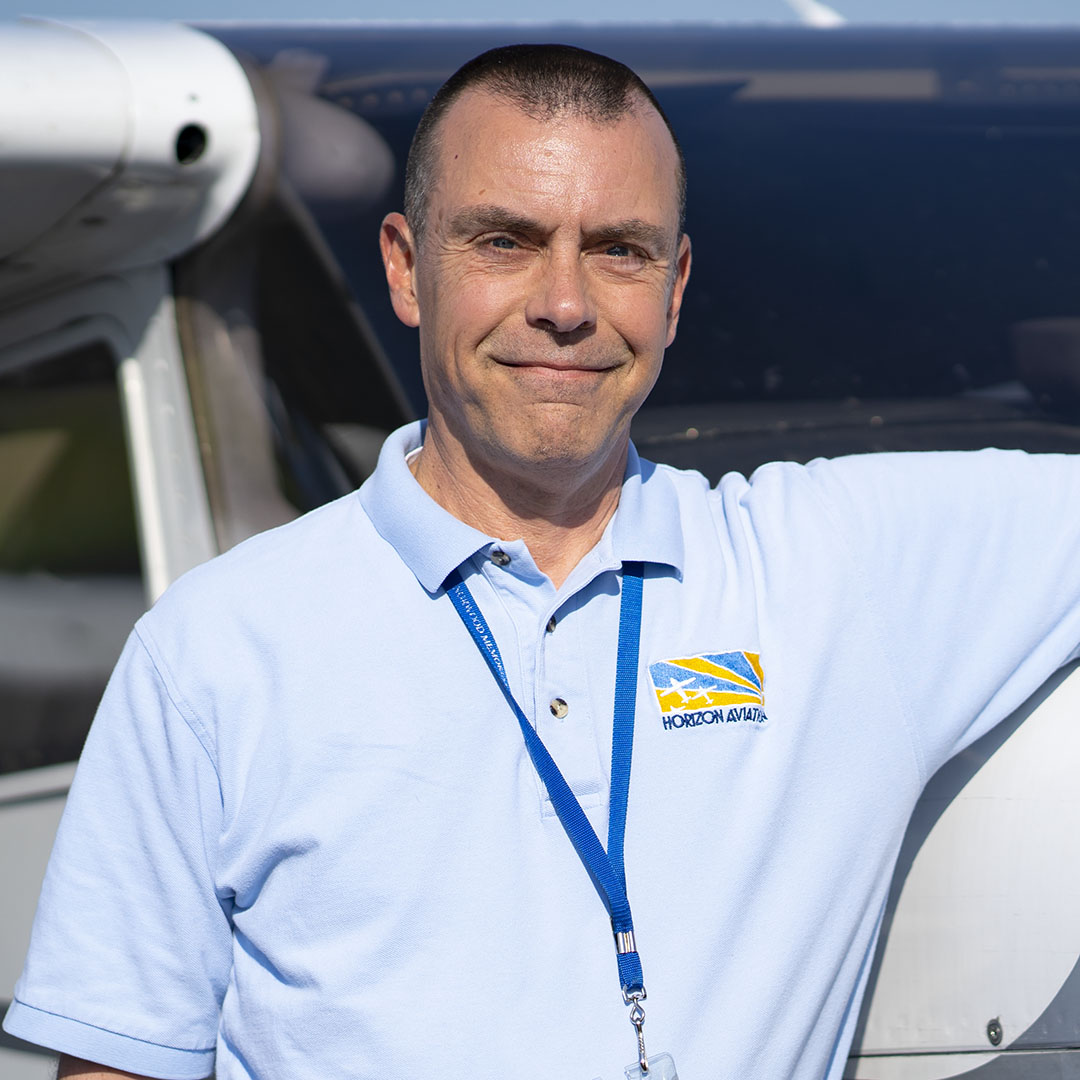 Steve grew up near the New Bedford Airport and remembers watching airplanes come and go as a child alongside his father, also a pilot. An invitation to explore an early Gulfstream I cemented a lifelong fascination with flying. The airplane that continues to consume Steve’s imagination is the 7-ton, P-47 Thunderbolt fighter/bomber from World War II. 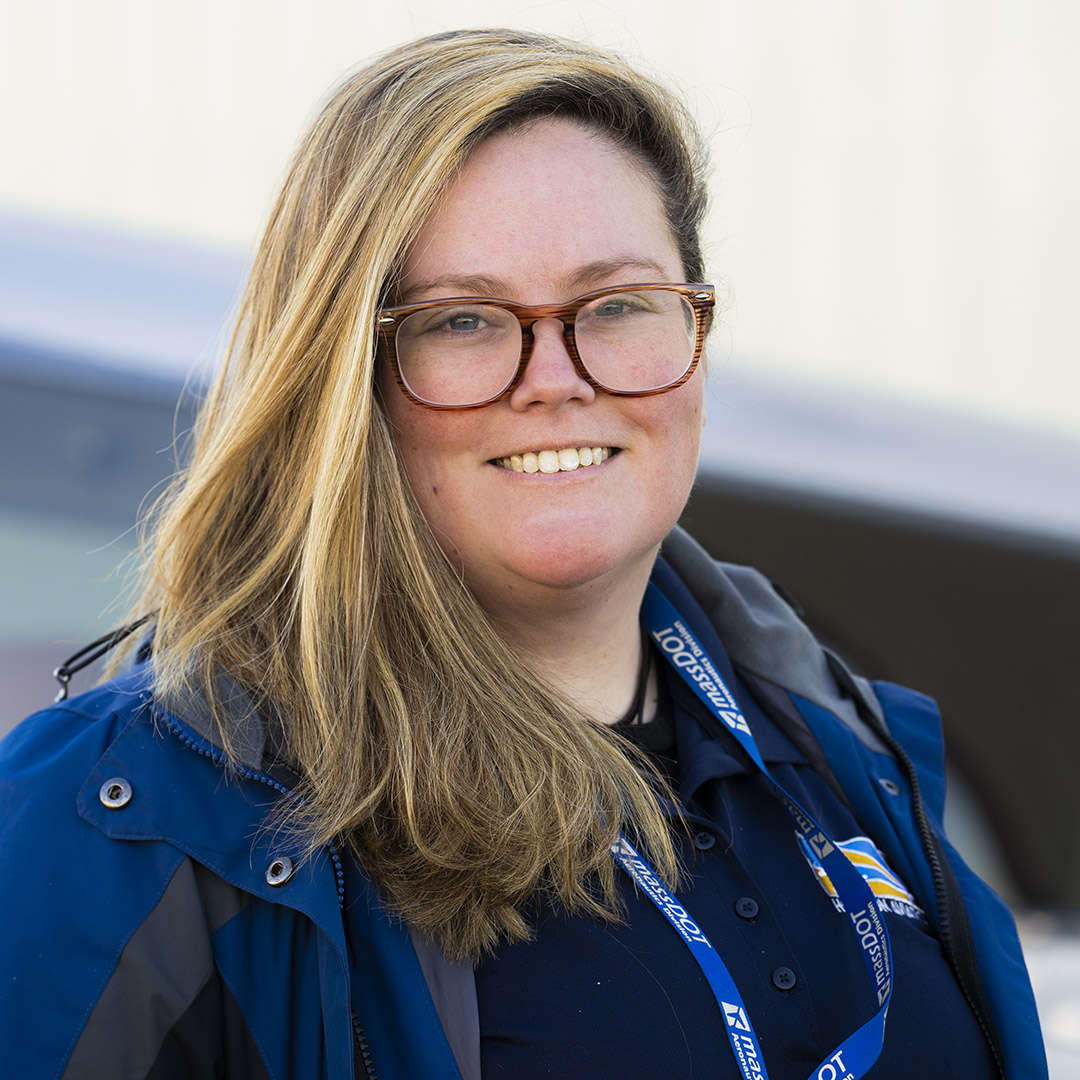 Tori discovered aviation while on a search for a new career path. Having spent many years in retail management, she needed something new and exciting with a real promise for adventure. After beginning her flight training, Tori made the jump onto our team as location manager. 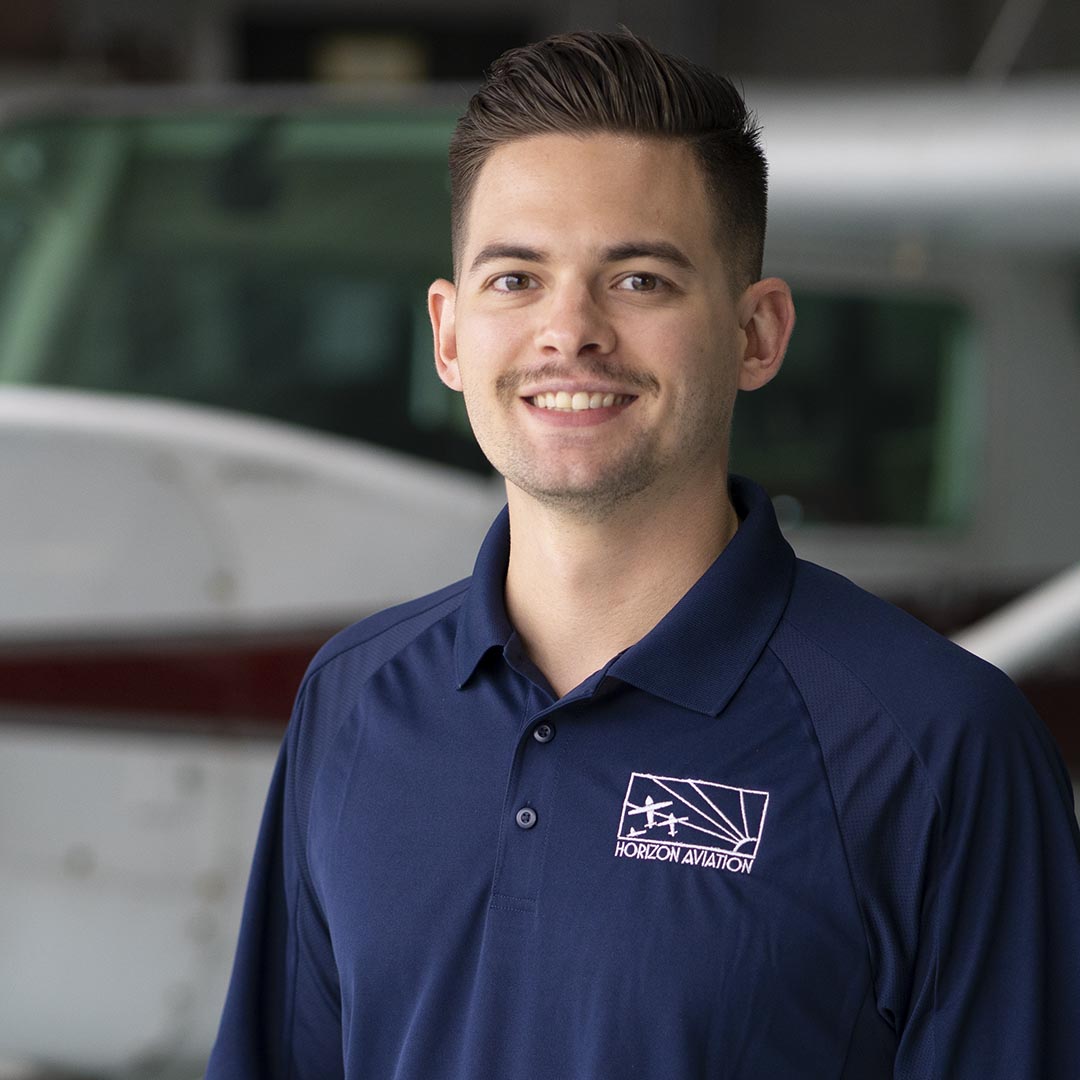 Matt became fascinated with aviation because of a school presentation he saw in 5th grade. Ever since that day he has been focused on becoming a professional in the aviation industry. As a college graduate with a Private Pilot certificate, Matt is well on his to having a career in the sky. 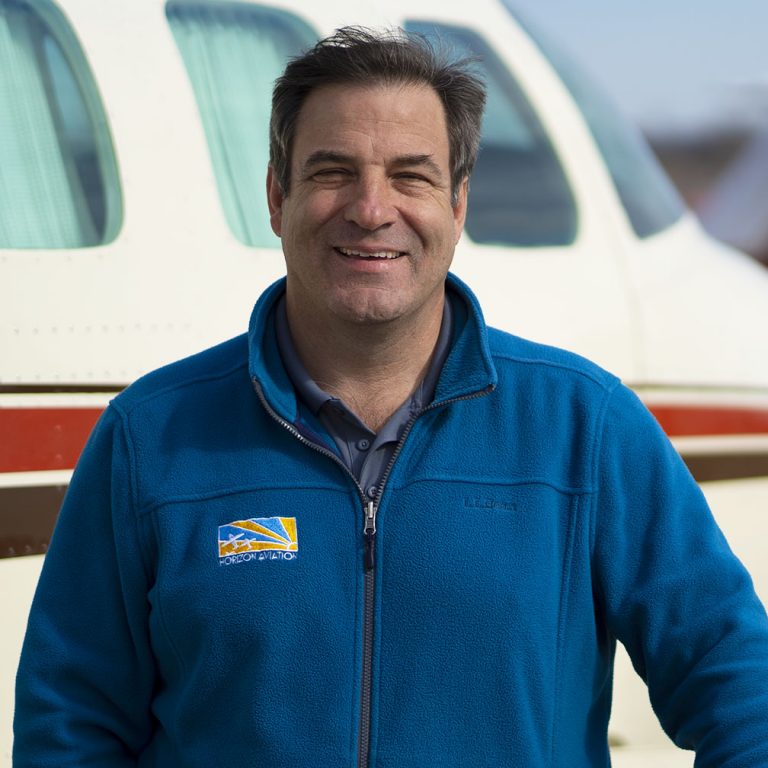 Zeke has been surrounded by aviation his entire life. After years spent flying throughout the midwest, Zeke acquired Horizon Aviation in 2002. Flying is his life’s passion and is matched only by his love of teaching new pilots the art of flying, and providing a path for people to realize their dreams of flight.

HAVE A QUESTION? CALL US TODAY

You can fly. We can teach you.