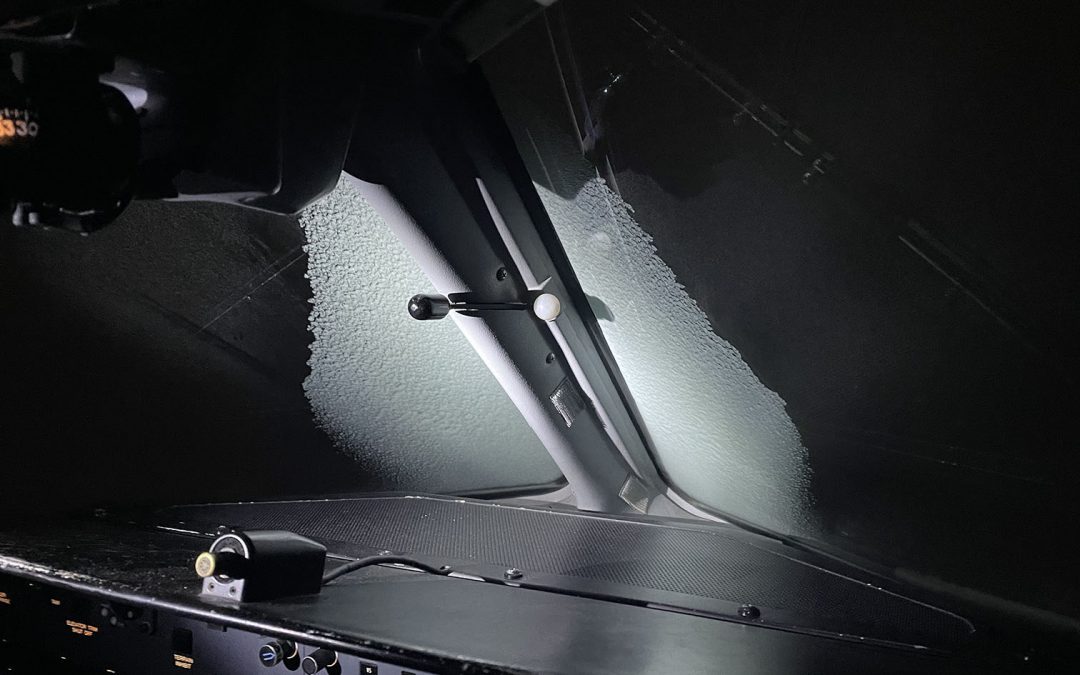 We’ve all heard about the dangers associated with icing conditions found this time of year. Ice accumulation on a light airplane is one of the most dangerous situations we can encounter as pilots. Knowing when ice could be present is vital information.

While larger aircraft, and even some general aviation aircraft are certified for flight into known icing conditions, Horizon Aviation’s fleet of Cessna aircraft are not. But, how do we know what is known icing? According to the FAA, known icing conditions “involve … circumstances where a reasonable pilot would expect a substantial likelihood of ice formation on the aircraft based upon all information available to that pilot.” That vague definition leaves open the question of which information should a pilot be paying attention to. The rule of thumb states that ice may be encountered any time we experience visible moisture and freezing temperatures. While that may be true, it certainly is not the whole story.

Note: the information in this article is designed to help further your understanding of weather, preflight planning, and decision making. Any time you suspect ice may be encountered during a flight in an aircraft that is not approved for icing conditions, do not continue that flight into those conditions.

By looking at a variety of sources, we are able to assemble a picture of the types of conditions we may encounter during a flight. No one source is going to paint the entire picture for you. It is up to you to gather as much information as you can so you can launch into the sky with a data driven set of expectations. By doing so, you are able to compare actual conditions against what you are experiencing. If things are not going as well as you had predicted, understanding the overall weather picture should also provide you with an escape plan back to safer conditions.

So, where do we start?

The easiest starting point may be your favorite Electronic Flight Bag (EFB) app. Whether you are using ForeFlight, Garmin Pilot or something similar, you are able to show icing AIRMETs on a map that show when icing conditions are predicted. Remember, AIRMETS are notices that may be issued for icing (Z), turbulence (T), or IFR (S) conditions. However, these are only issued when certain conditions are met. An AIRMET Z for icing will only be issued when the potential for moderate icing exists. The absence of an icing AIRMET does not guarantee you won’t pick up ice in the clouds! 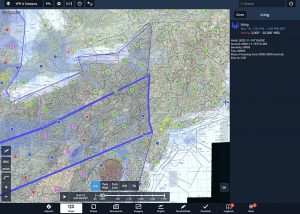 Another layer you may add to your EFB map the PIREPS layer. Pilot reports are extremely useful to learn what other pilots are experiencing. Reports for turbulence and ice will populate the map and help assemble your overall weather picture. Keep in mind though that a Boeing 737 that reports light icing will experience icing differently than a Cessna or similar light aircraft. The effects of icing are cumulative; the longer you stay in it, the worse it gets. A large airliner may be able to climb through the icing layer in a matter of minutes whereas a light airplane would be stuck in those conditions for much longer. When reviewing PIREPS, always consider the source.

The same information listed above may be found on the NOAA website. A dedicated icing forecast page provides a broad overview of icing potential and access to PIREPs. 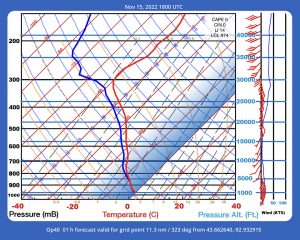 The most accurate portrayal of icing potential may be a Skew-T chart. These charts may appear complicated at first but their utility makes them worth learning. Skew-T charts depict a cross section look at the atmosphere including temperature and moisture saturation or dewpoint. Those two values are shown as a red line (temperature) and a blue line (dewpoint.) The lines start at the bottom of the chart and ascend in squiggly fashion up towards the top. This represents how temperature and dewpoint changes with altitude. Where those two lines converge, you can expect to have visible moisture most likely in the form of clouds. If the converged lines are shown to be at temperatures below 0° C, you can bet that ice will be found at the corresponding altitudes shown on the chart.

Skew-T logs may be found online at https://www.spc.noaa.gov/exper/soundings/ or the app SkewTLogPro.

Ice is not a condition to take lightly. It’s presence is a significant threat to flight safety. Arming yourself with the knowledge of how, when, and where you may encounter ice is vital to successful flying in the northeast.