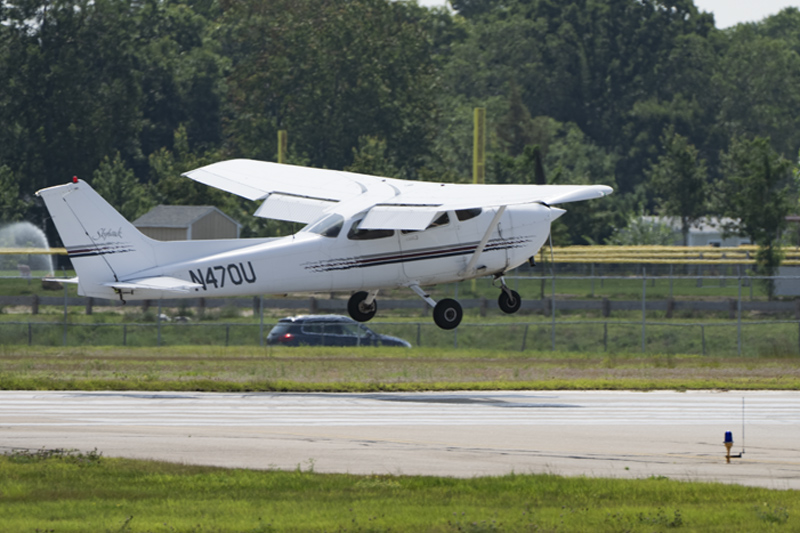 Pitch. Power. Performance. You may have heard those words strung together in some type of equation that your instructor used. What they were getting at is a fundamental building block of how pilot’s control airplanes and manage their energy in the sky.

Pitch + Power = Performance is the equation you have heard. This describes how a given pitch attitude combined with a given power setting will yield a given performance for the airplane.

First, let’s look at pitch. The pitch of the airplane is the attitude of the nose relative to the horizon. We can have nose up and nose down pitch attitudes and we can measure these in degrees above and below the horizon respectfully. Any time the nose is pitched below the horizon, the airplane will pick up speed, much like riding a bike downhill. On the other hand, take a speeding bike up the hill and you will slow down considerably. The same is true for an airplane. Pitching down will increase your airspeed and pitching up will reduce it.

Now, let’s pretend you are flying a glider (no engine, and its a calm day with no thermal activity.) You release from the tow plane and your airspeed is 100 knots. As you try to hold your altitude, your airspeed starts to decrease…99…98…97…but you want to stay at 100knots. To get those few knots back you let the nose pitch down a couple of degrees…97…98…99…100. Once at 100 knots you pick the nose of the airplane up a few degrees again to prevent the airspeed from climbing any further. You just used the pitch of the airplane to control your airspeed, no engine needed!

But what if you did have an engine? The same principal described above works in any powered airplane but now we have more options. Let’s again pretend that you are flying though this time you are in a trusty Cessna 172. Your airspeed is 100 knots. You want to climb up a few hundred feet but you want to stay at 100 knots. You increase the pitch of the airplane and this time, instead of losing speed like you would in the glider, you increase the power via the throttle to hold 100 knots. Now, in a nose up pitch attitude you are again using the pitch of the airplane to control the speed and hold 100 knots, but you are using the power of the airplane to let it climb. You are using a nose up PITCH, plus the POWER of the engine, to PERFORM a climb.

For every given combination of pitch and power, you will get a predictable, known performance of the the airplane. This is how we can arrive at speeds like Vy or Vx. It is known that with full power, using the pitch of the airplane to hold those speeds, will yield the best rate and best angle of climbs respectfully.

No other phase of flight more clearly demonstrates this relationship between pitch, power and performance than landing. Final approach speed in the Cessna 172 is a leisurely 65 knots. We practice slow flight in the practice area flying around at 65 knots and full flaps but do we land? Nope! We use lots of POWER via the throttle and raise the PITCH of the nose to hold 65 knots and guess what? We maintain level flight. Reduce that power though, and the nose must come down if you want to maintain 65 knots. How much POWER we give to the engine determines how much PITCH we need to PERFORM level flight, or enact a descent.

Pretend one last time you are flying a final approach in a Cessna 172. You are flying at 65 knots, with full flaps. You look at the runway and start to feel like you are too low. You add a tiny bit of power to the engine. If you do not raise the pitch of the nose, you would increase the speed of the airplane but you would still be too low, Instead, you raise the nose to maintain 65 knots. You just dialed in a new equation of pitch + power = performance to slow your descent rate.

Becoming familiar with this relationship is the bedrock of controlled flight. Explore these power setting and pitch combinations with your flight instructor. Play with them! See how little changes in either pitch or power will earn you a different performance out of your airplane.