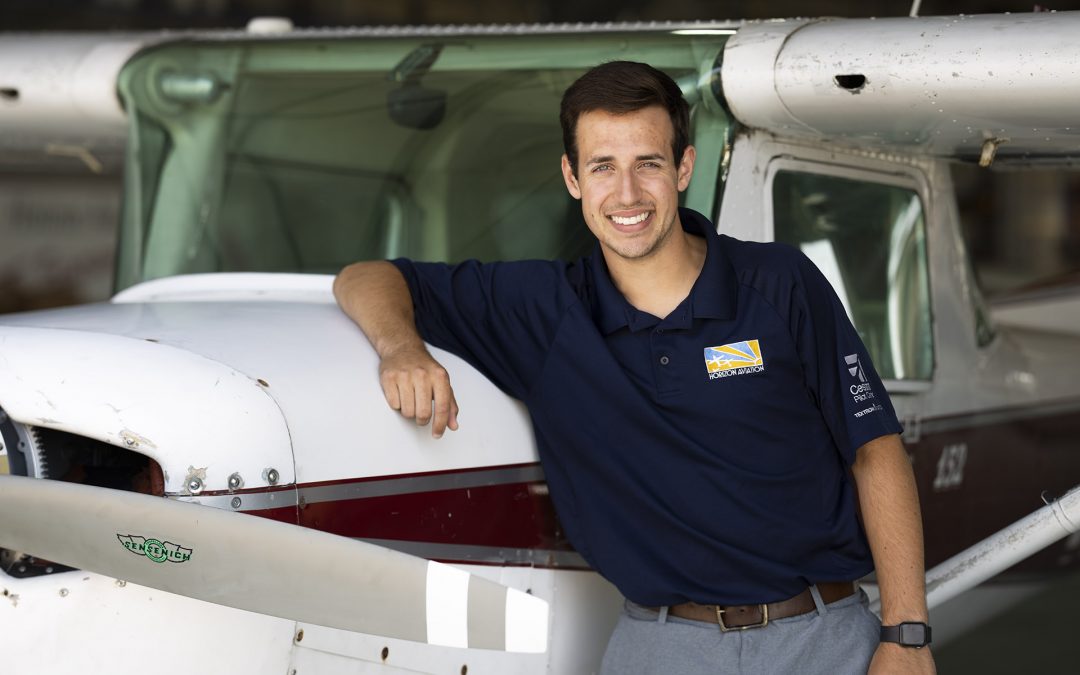 As a young boy, Jake was obsessed with flying. He knew he wanted to live his life in the sky. And so, while still a teenager, Jake embarked on the journey towards becoming a pilot. Unfortunately, the flight instructor he had found in home state of New York ruined his dream, and sent the aspiring pilot home, convinced that he was not meant to fly.

The impact a flight instructor has on any person’s flying career can be substantial. While we may strive to lift up our students, and help them realize their dreams, there are some flight instructors in the world whose attitudes have shifted over time. Resentful, ego-driven, or the worst…uncaring flight instructors do much to interfere with aspiring pilot’s journey’s. Finding the right school, and the right flight instructor for you is vital to your flying success, a lesson Jake encountered during his earliest days of flight training.

Once destined to attend a four-year college in pursuit of a flying career, Jake now made alternate plans. He knew flying would be part of his life, but as a result of that negative experience with a flight instructor, he thought that flying would only ever be a hobby. He thought he didn’t “have what it takes” to be a professional. He set his sights on a promising career field, one that would possibly allow him to fly recreationally. He was accepted into an undergraduate Biology, pre-med program and began his collegiate studies in earnest.

Fate has a funny way of working itself out. Jake took a trip with family early on his college career. That flight reminded him of everything he used to dream about. It reminded him of everything he wanted to do and everything he wanted for himself. He decided on that flight that that flight instructor was wrong. He was going to fly. He sought out a new flight training solution and, thanks to be being sent home from school because of the pandemic, started spending as much time flying as he was on his bio pre-med courses.

Eventually, flying would win. After completing his undergrad, Jake left his college pursuits and jumped into flying with both feet. He made quick work of his training and had all of his ratings completed in short order. As he approaches teaching the next generation of pilots, his initial experience with that flight instructor back home serves as a reminder of the potential impact may have, and the responsibility he has with each and every student. Their dreams laid bare for him to see, are there for him to support and help grow.