Former CFI Juan Barco Returns to PVD in an E175 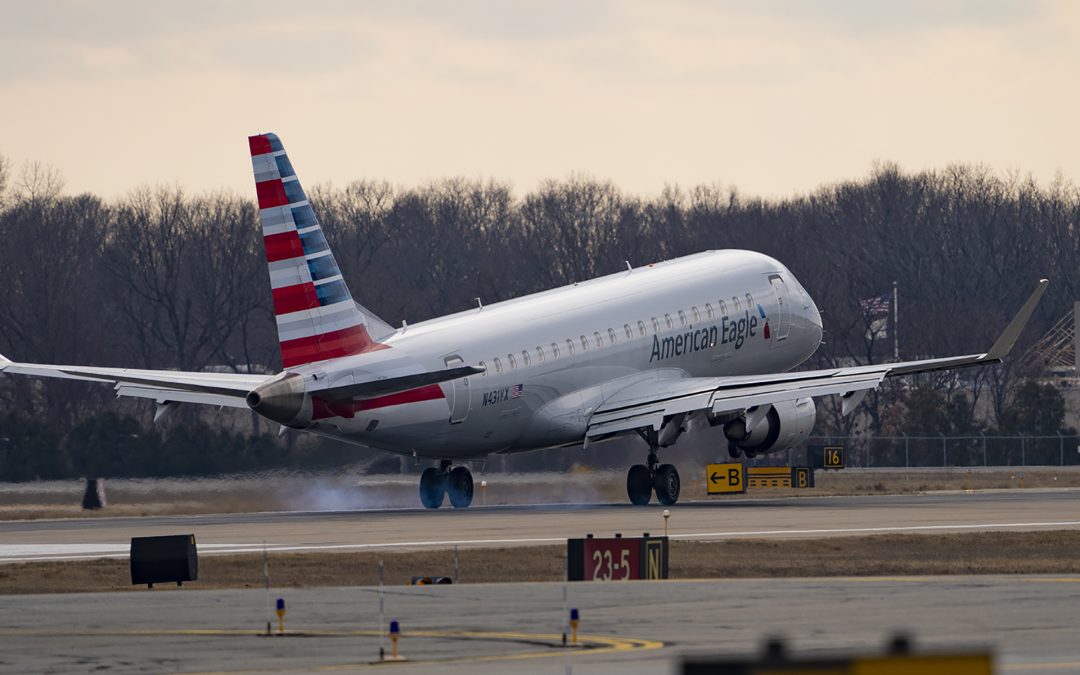 A wise man (and a close friend of Horizon) once said that “progress is never a straight line. You can’t be afraid to make a zig and a zag.” For former Horizon CFI Juan Barco, the process of becoming an airline pilot was full of zigs and zags. But last week, when he piloted an American Eagle Embraer 175 to a smooth touchdown on runway 23 at Providence, all the twists and turns along his professional journey were made worthwhile.

We throw the term “airplane geek” around casually at Horizon and it is always done in a loving manner. Juan took that geekery to a whole new level in a specific way. The depth to his love for airline flying knew no bounds. He could rattle off minute details about arrival procedures, different aircraft…you name it he was on top it. His off time was largely taken up by time he spent flying his flight simulator at home. And when we say “flight simulator at home” we don’t mean a simple computer game. He had a setup at home that would rival official training programs used by actual airlines. Being an airline pilot was what he was going to do. He was meant for it, and it was meant for him. 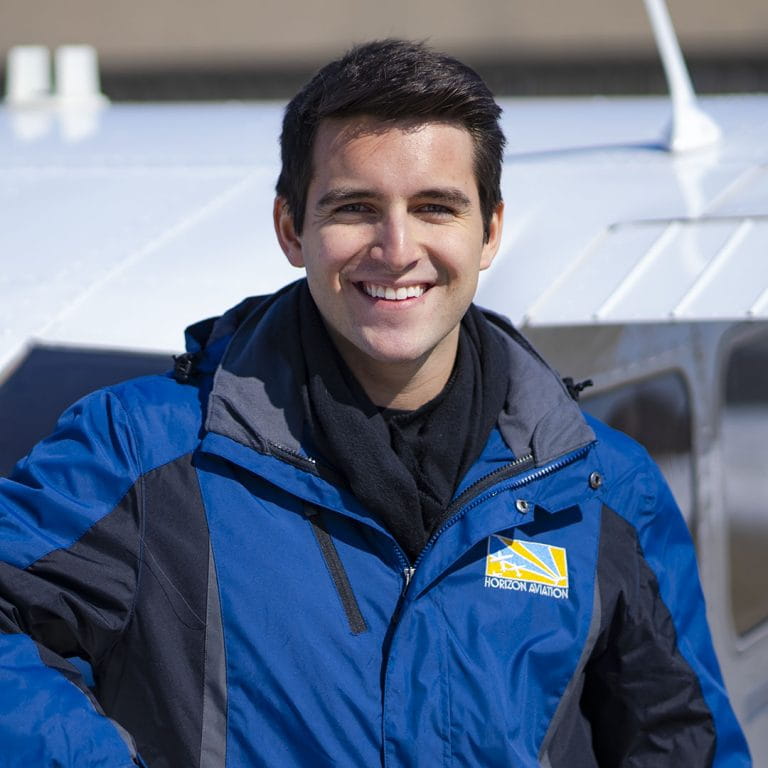 So, when he was hired by Republic Airways we all rejoiced. It was finally happening. He was going to take a few weeks off between his last day with us and his first training date with the airline.

And then….the pandemic. A major zig and a major zag.

The airline industry was thrown into chaos when the world first shut down with COVID spreading unabated. Passengers cancelled their flights and travel plans en masse and the booming hiring of new pilots came to a screeching halt. Juan’s training dates were cancelled, indefinitely.

Crest fallen, and having already relocated to Washington, D.C, Juan once again started teaching at a school in the DC metro area. With no end in sight, he had no choice but to wait.

Almost a year and a half later, Juan would finally get the call back to the airline. All of his airline geekery and all the hour he spent flying the simulator in his apartment paid off in spades. He passed through the training with relative ease and was assigned a position as a First Officer on the Embraer 175 with Washington Reagan (DCA) as his home base.

Just a few weeks ago we received a text from Juan. He was inbound to PVD that morning from DCA. We watched his flight online and rushed outside to see the landing. It was buttery smooth and we jokingly thought there is no way that Juan did that landing. Must have been the Captain. 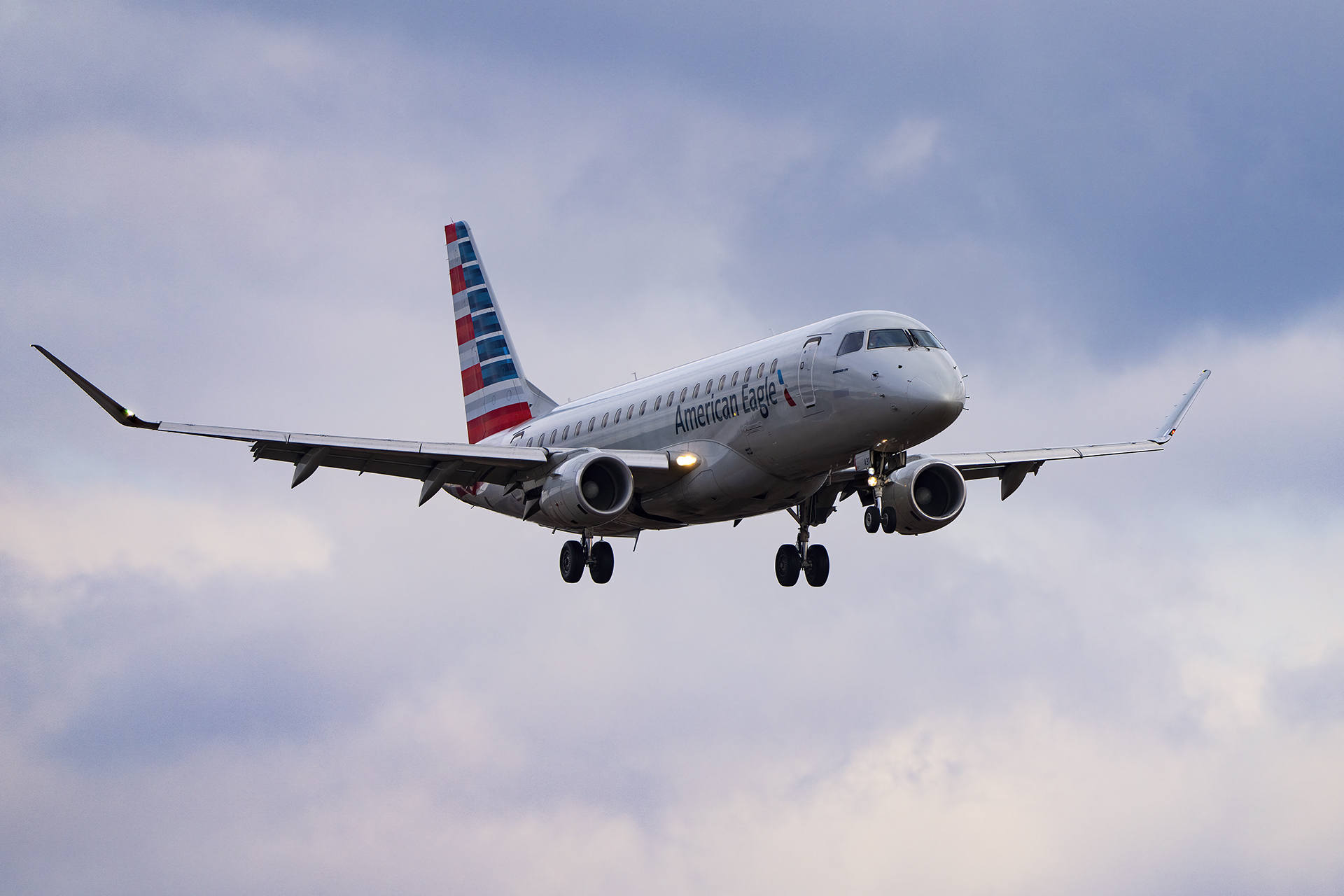 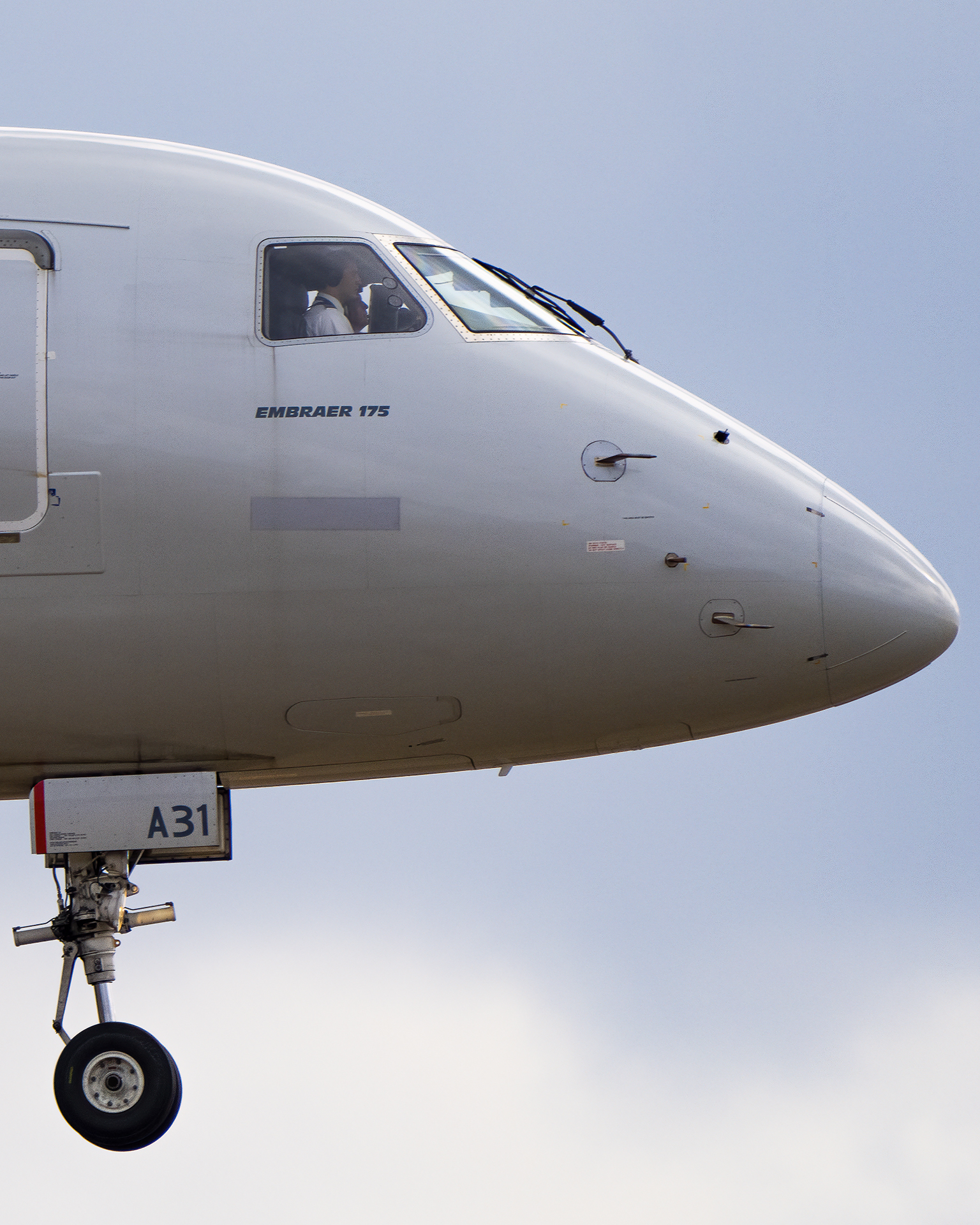 That was Juan’s last flight of the day so he stopped by for a visit. He was in fact at the controls for the landing (which we still jokingly refuse to believe ) and he gave us some insight into life as a First Officer at a regional airline.

First, he loves his job. It is the dream job he was looking forward to.

Next, he is surprised at how much time he spends away from home. He admitted that is a funny thing to say given his chosen profession but even so, he guesses he is away roughly 50% of the time.

Sadly, he isn’t flying the sim any more. The real thing is so much better that the simulator remains untouched at his apartment.

Our visit with Juan was brief but it was wonderful to see him resplendent in the uniform he worked so hard to wear. He graciously thanked us for giving him his professional start in aviation before heading back to his hotel for a rest. His work day would begin bright and early for a 6am departure out of PVD when the forecast was predicted heavy snow showers. We joked there was no way he would be flying in that type of weather.

But there he was, pushing back from the gate at 6:00am with 1/4 mile visibility, heavy snow and 200 foot ceilings. A tiny zig and a zag to start his day. 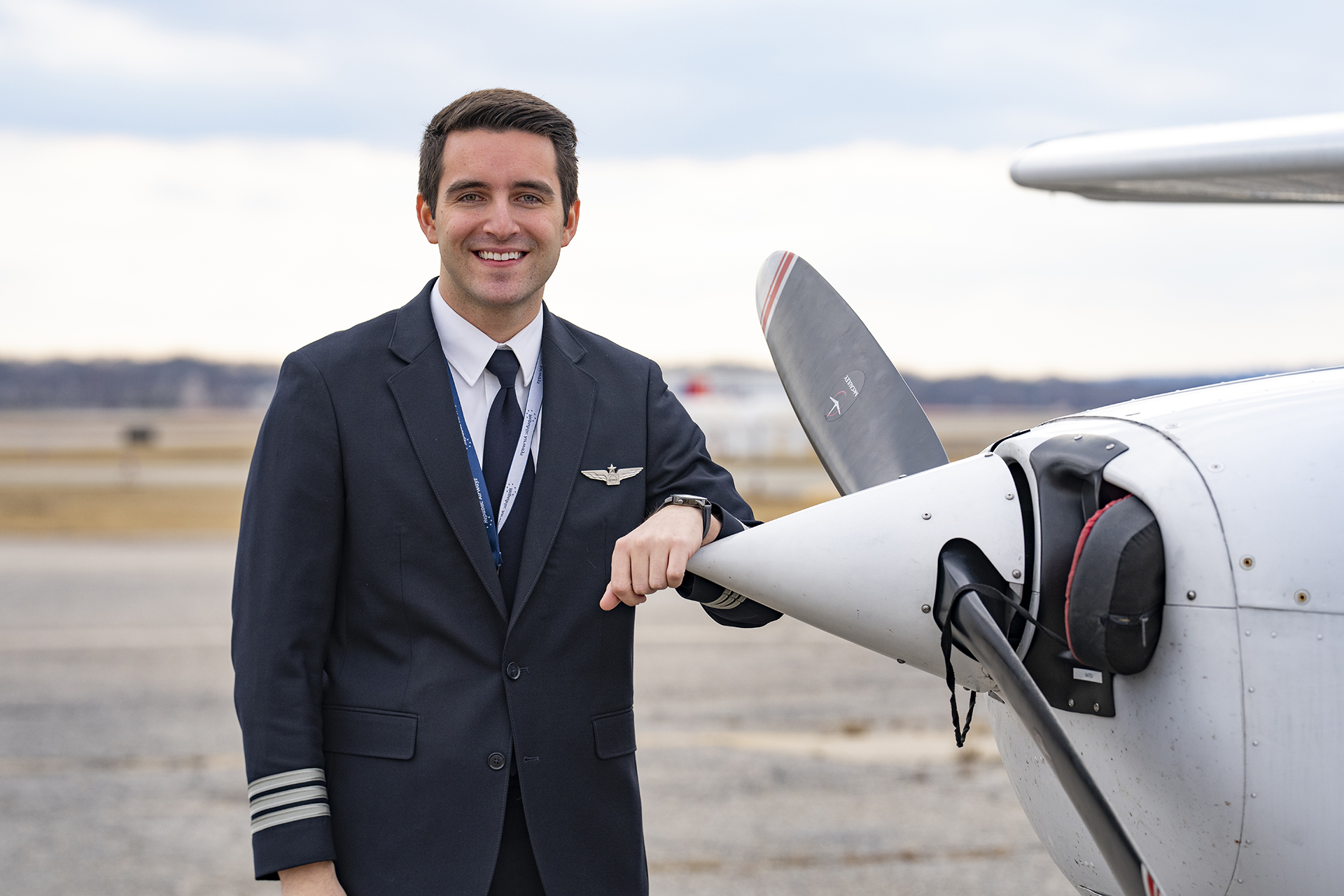