From Tower to Teacher 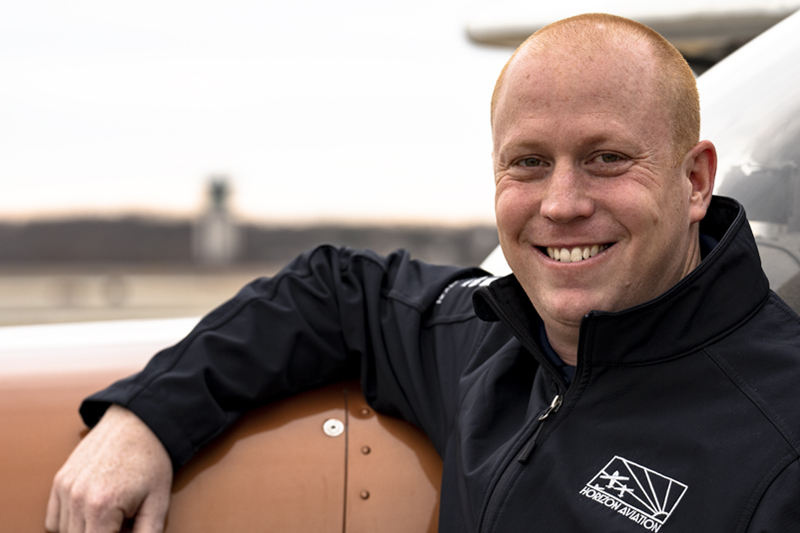 Brian Dubois may profess to having one of the most rare set of credentials in aviation. He has close to twenty years experience guiding and directing traffic at one of the world’s largest airports. He also has hundreds of hours of dual given as a certificated flight instructor. He understands both sides of the ATC conversation because he has lived and worked on each end. We are proud to welcome his experience and unique expertise to our Providence based flight instructor team.

Brian’s career in aviation began at the worst time possible. He graduated from an aviation college in December, 2001 just months after the September 11th attacks. The airline industry was brought to its knees. Furloughs, layoffs, and a questionable future left little hope for a newly minted flight instructor to make any progress towards becoming an airline pilot any time soon.

After teaching for some time, Brian decided to pivot his career. The airlines weren’t hiring but the FAA was. They still had a need to staff air traffic control facilities around the country and fast. Brian applied and was hired quickly. After his initial training in Oklahoma City, OK, Brian was lucky enough to be sent to Manchester, NH to start his ATC career. This kept him home in familiar territory and would allow him to easily make the move to the Boston Logan air traffic control tower within a few short years. He quickly earned the trust of his peers and became the equivalent of an instructing controller, helping teach new recruits how to do their jobs safely and efficiently.

For years, that was the extent of Brian’s engagement with aviation. With two children at home, there was little free time to pursue flying. It wasn’t until a conversation with his daughter a few months ago that his interest of flying was rekindled. Up until then, she did not know that her dad was also a pilot! Brian decided it was time to try it on again and see if it still fit. Sure enough, from the second he sat in one of our 172s, it all came rushing back. That first flight back featured a climb through a thin layer, popping out to severe clear in top. It is one of those sights that every pilot looks forward and it immediately had an impact on Brian. Maybe flying didn’t have to be a hobby. Maybe there was still time to pursue a flying career?

Here is the funny thing about FAA air traffic controllers: they have a mandatory retirement age of 56 and are eligible for pensions after so many years of service. Considering an early retirement, Brian could still have a second career as a pilot in just about any capacity he would like, including a professional flight instructor. He has joined our team as a part time instructor to start working towards that goal. With hundreds of hours of dual given already in his logbook, and close to twenty years of experience as an instructing controller, Brian has an incredible knowledge set to impart to his students.

When asked how his understanding of the needs of both pilot and ATC influences his flying, he remarked that it has taught him to be patient. Everyone in the ATC conversation can be busy at times, but it always helps to relax a little, be patient and kind.

We are looking forward to a new generation of pilots learning from someone this fluent in the language of the skies.