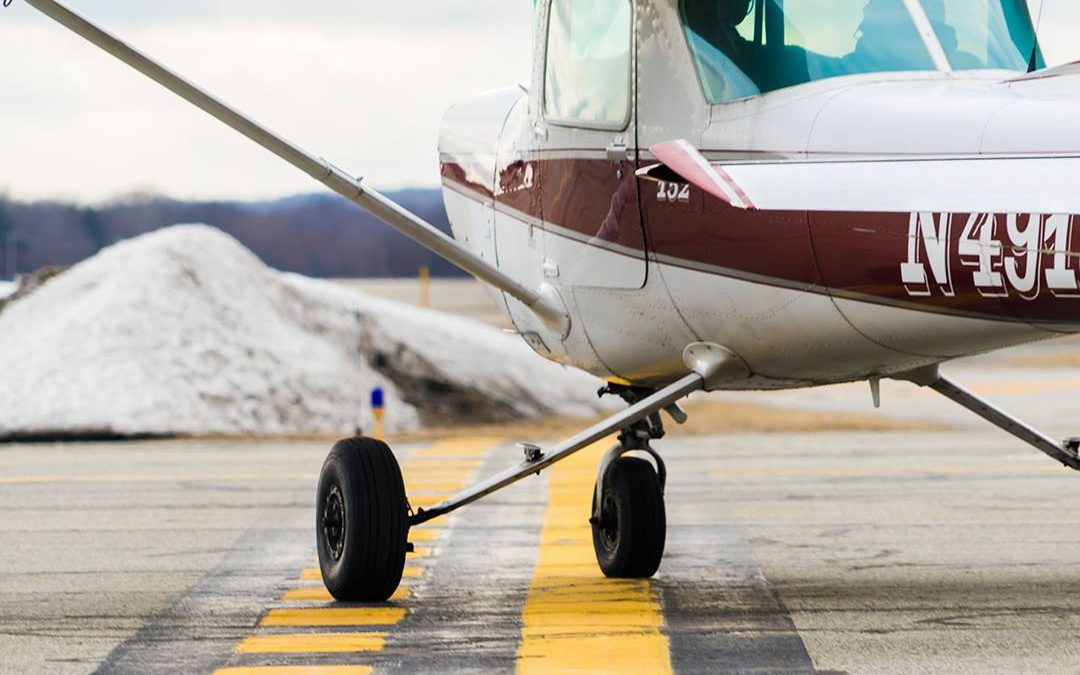 Do you warm up your car before driving in the winter? Do you give yourself extra time to make the drive to work and back when it is snowing outside? Might you even stay home if the roads are too bad? With winter comes special considerations to driving your car and flying an airplane is really no different. We have to pay extra close attention to the weather as it will effect every aspect of our flying, even on days when the sun may be shining bright. Here are a few items to consider this winter:

1. Cold oil = hard oil: Even though our aircraft are plugged into preheaters, the oil inside the engine will get cold in the winter. Cold engine oil is thicker, less viscous and does not circulate as well through an engine as it does when it has warmed up. Because of this, we need to allow for more time to make sure the engine oil is ready to do its job before we ask it to. The only way to know that it is ready is to watch the oil temperature gauge. Never perform an engine run up before the engine oil is indicating at least 75°. Takeoff should never happen until the oil is 100° and in the green arc of the oil temperature gauge.

2. Snow isn’t always soft: Sure, when snow first comes down it is soft, but give a day or two in sub freezing temps and that mountain of plowed snow is now a mountain of ice. Snowplows may leave huge piles of snow on the edges of runways and taxiways that you need to be aware of and avoid. The centerlines of taxiways and runways are not going to guarantee that you will avoid these seasonal obstacles. Whenever the airplane is in motion on the ground, you need to be vigilant to avoid burying a wingtip in a snow/ice mountain.

3. Cold air = dense air (at the surface): Engines are marvelous machines that turn a mixture of air and fuel into power! The mixture control gives us the ability to control the ratio of air and fuel that are being mixed in the cylinders of the engine. Cold, dense winter air requires more fuel to operate efficiently, especially during engine start. To properly prime an engine in the winter, on a fuel injected engine, engage the fuel pump and then count to 5 once you see a fuel flow indication. With a carbureted engine, push in a full 5 pumps with the manual primer for an engine start.

4. Treat ice as if it were rocks: We don’t mean flat sheets of ice (though you want to avoid those, too) we mean clumps of ice you might see on a taxiway. The worry isn’t necessarily that you’ll damage a tire, its that you could “pick up” the clump of ice with the prop and damage the prop; sent that clump of ice into a windshield, wing, tail etc. You could also launch the ice into someone else’s airplane and cause similar damage. So, treat those clumps of ice as if they were rocks and avoid taxiing over them as much as you possible can.

5. Contaminated runways: After a 737 slid off the end of a runway in Chicago, the FAA developed a classification system to describe the condition of a runway and what type of breaking performance pilots may expect as a result. Runways are given a number from 6 to 0 and these numbers are often included in the ATIS being broadcast at Class B and Class C airports. A runway classified as a “6” is dry and uncontaminated. You oftentimes won’t even hear a 6 reported. Conversely, a “0” means braking action is nil because of a variety of icing conditions. When a runway is classified as a “0” it must be closed until it improves to at least a 5. We do not allow student pilots to fly solo when runway conditions are listed as a 1, 2, or 3. So as part of your preflight planning, you should start to look for these numbers in ATIS broadcasts, and anticipate what type of landing conditions you may be encountering on your flights.

There are an infinite number of things we could discuss about winter flying and this list is only a start. What have you learned from your winter flying adventures?