Earn Your Tailwheel Endorsement With Us! 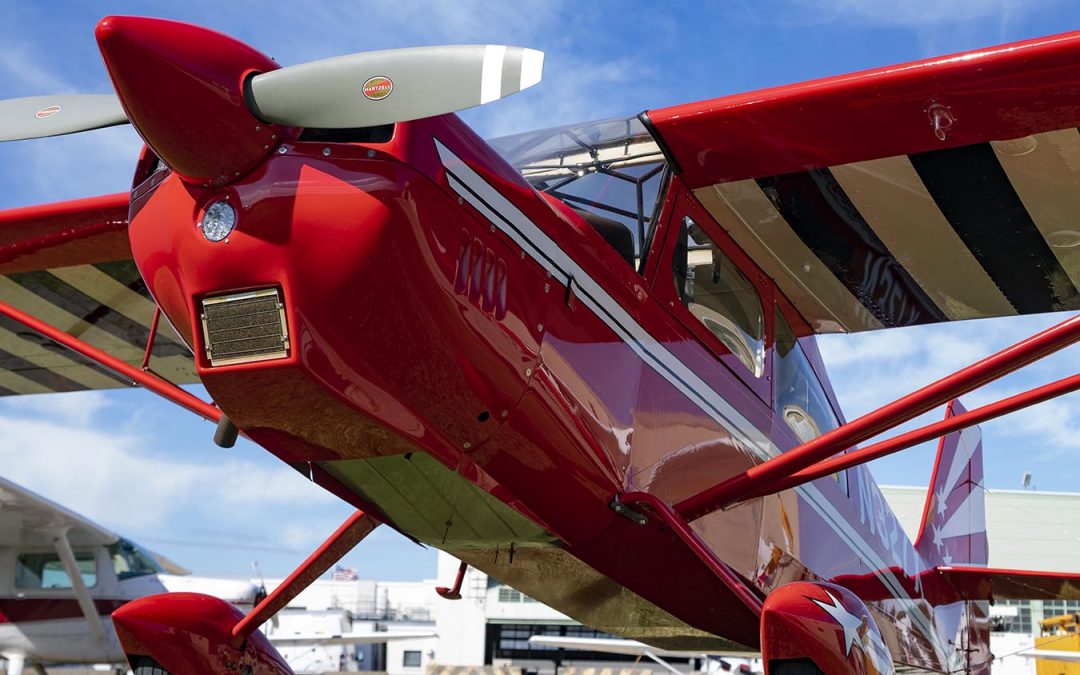 We are proud to announce that you are now able to earn your tailwheel endorsement with us in our ACA Super Decathlon.

Taildraggers harken back to an earlier era of aviation when fabric and wood were the dominate materials used to make airplanes. It wasn’t until Cessna announced their tricycle gear (marketed as “Land-o-Matic”) equipped 172 in the 1950’s that taildraggers began to be outnumbered by “nose draggers.” The two largest suppliers of piston powered aircraft, Cessna and Piper, both quietly ceased production of the taildraggers that had sustained their businesses and the entire general aviation community in favor of tricycle gear airplanes.

Since then, tailwheel airplanes have become somewhat of a superlative in aviation. They still dominate niche areas of aviation; backcountry and STOL flying, aerobatics and certainly vintage aircraft but they are rarely found in primary training environments.

So, why learn how to fly a tailwheel?

Flying an airplane is so much more than plotting routes on a sectional chart, studying for exams, or calculating a weight and balance. Strip all of that away and you are left with the challenge of perfecting minute, mechanical inputs to an unfeeling machine that only asks that you be thoughtful, deliberate, and correct. When that happens, when the conversation between you and that machine is in heightened and in harmony, the act of flying takes on a new meaning. There is no better way to experience this than by learning how to fly a tailwheel airplane.