Stuck Above The Clouds 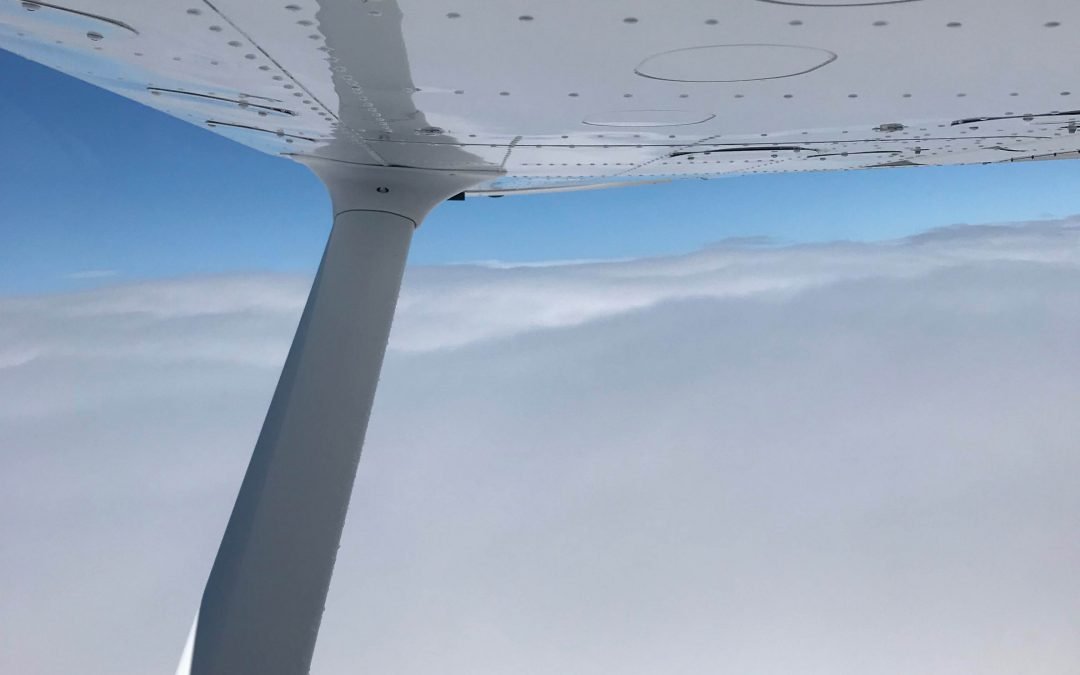 I was as current as I had ever been. I had flown more in the last 8 months than I had in the last three years. I was getting paid to fly! So, how was it that I found myself stuck on top of a cloud layer with no way out?

I had been hired to fly as a relocation pilot moving a high performance aerobatic airplane and an A36 Bonanza around the country. I began this job with an instrument, commercial and CFI certificate in my possession and roughly 300 hours in my logbook. In the course of my first year working, I traveled to more parts of the country, had to make more real-life decisions and grew more as a pilot than I ever thought possible. It was a dream job and I loved every second of it.

That November, it was time to bring both aircraft home to Massachusetts for winter maintenance. I flew the aerobatic airplane from Florida up the coast and immediately hopped on an airliner to go back and retrieve the Bonanza. The A36 Bonanza is a 6-seat airplane with a 310hp engine, retractable gear and enough useful load that you almost have to work to overload it. This Bonanza was also outfitted with the latest avionics at the time, in addition to the standard round gauges.

Arriving back in Saint Augustine, FL with a backpack, headset and an iPad, I climbed into the Bonanza and set my course north to Massachusetts. Unfortunately, I also brought several of the hazardous attitudes that we are taught to guards against during our initial pilot training. I was overflowing with invulnerability, having flown around the country for the last year. I was unknowingly exhibiting the macho attitude as well, “I was now a professional pilot, let me show you how easy this is.” These attitudes combined to produce complacency and overconfidence in my flight planning.

I had checked the weather before departing and everything looked great for the first leg of my flight. Climbing out towards Georgia, I tuned the XM radio to my favorite station and sang along while enjoying the scenery. Perhaps distracted by the music, reflecting on the journey of the last year, or by the belief that this was a routine flight, I failed to monitor the weather and notice that the scattered layer of clouds I had climbed through was now an overcast layer, or in this case an “undercast” layer since I was above it. Worse, the tops of the clouds were rising up to meet me. Believing that the skies would be clear further up ahead, I climbed to 10,500 to get over the clouds. The clouds kept climbing, too.

At this point, I turned off the XM radio and started to assess my situation. At 10,500 feet the Bonanza was “out of climb”. The engine was operating at full throttle but because of the thinner air at altitude, it could not produce enough power to climb above the clouds ahead of me. If flying over the clouds was no longer an option, maybe I could fly through them? This solution had two problems: 1) while I was instrument rated, all of my flying in the last year had been strictly VFR. I was not current or proficient as an instrument pilot and 2) the outside air temperature was right in the perfect range for ice to form on the airplane.

Unsure of what to do, I contacted ATC and asked for a “pop-up” IFR clearance. I was ill prepared for the situation without any IFR charts downloaded to my iPad. ATC, sounding confused and perhaps sensing the urgency in my voice asked for clarification of my intentions. Truth is, I did not yet know what my intentions were. Before proceeding with a full IFR clearance, I decided, foolishly to dip into the clouds that were now scratching at the belly of the airplane to see if I would pick up any ice. Immediately my windshield was caked in a thin layer of ice. Descending was no longer an option. (In hindsight, this “dip” was one of the worst decisions I could have made. Should I have picked up more ice than I did, it is possible I would not have been able to climb back out of the clouds. Thankfully the ice appeared once I was in the clouds and I only had to climb 100 feet to get back on top and away from the icing conditions.)

The only thing left to do was turn around. I advised ATC that I was turning around and cancelled any thought of obtaining an IFR clearance. The clouds that had slowly climbed towards my airplane now descended away. After retracing my steps for 45 minutes, the clouds were once again scattered and allowed me to descend below them and continue on my way at 1,000 feet but with perfect visibility. The diversion had used enough fuel that I had land well short of my intended airport for fuel. The rest of the flight north was uneventful though the clouds, forecast to clear up, never did. Had I continued north I would have been faced with a terrible situation, much worse than the one I did find at 10,500 feet.

I look back at this flight as one of the most informative and education experiences I have had as a pilot. The hazardous attitudes (anti-authority, impulsivity, invulnerability, macho and resignation) once taught to me as words in a textbook, were transformed into living breathing things to guard against. They do not work independently. They combine, working together to prevent you from making a proper informed decision.

There was no single decision I made that I can point to as being the point where it all went wrong. I was wrong to let myself fall out of instrument proficiency. I was wrong to takeoff without having every chart I could possibly need with me. I was wrong to not monitor the weather while I was in cruise. The common thread throughout all of my poor decisions is a sense of complacency and pride. Complacency that I had just done this flight the day before, and after months of hard flying all over the country. Pride in my role on the team I was on, that I was flying an amazing airplane, and that I was living my dream.

What I learned from the experience was humility. No matter how many hours I would go on to accrue and no matter what amazing airplane I was flying, I was only ever going to be as good as my worst decision. Flying safely is not a passive accrual of experience that endows you with good judgement. Flying safely is an active process of analyzing what we have done, being honest with ourselves about our performance and our decisions, and working to correct our deficiencies with humility and respect for the joy that is flying.