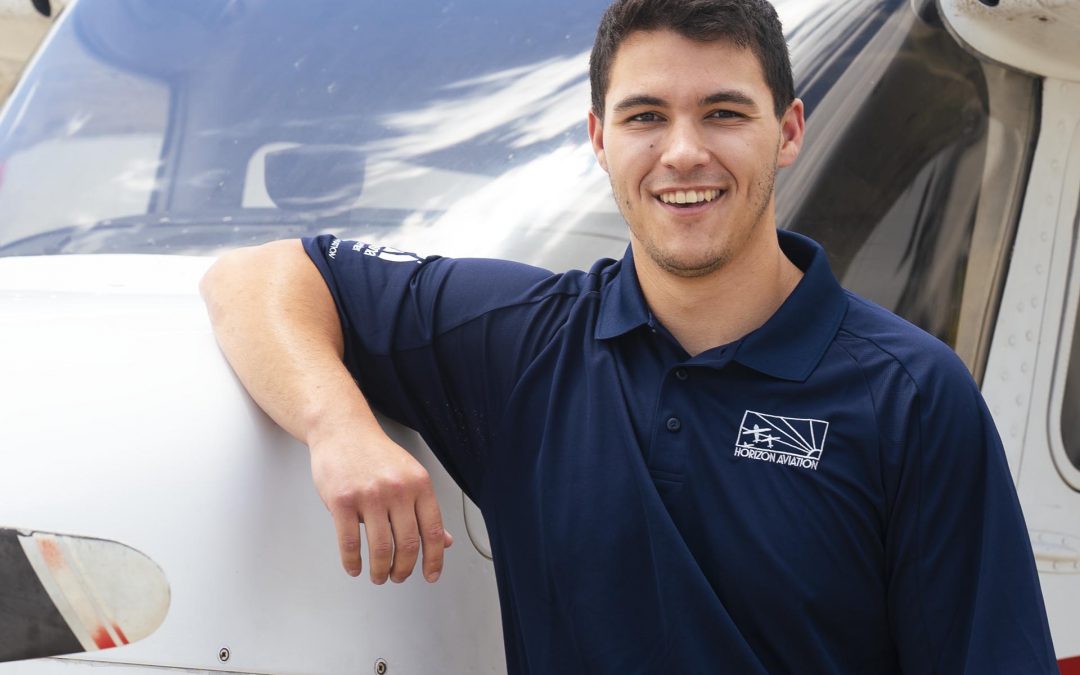 When Ross first came to Horizon Aviation to pursue his Private Pilot certificate, we knew he was special. He was a lifer. Aviation had always been either at the center or periphery of his life. Between his father’s kit plane that lived in the garage, or his F-18 flying neighbors, Ross had several flying touchpoints growing up. His love for flying only grew over time and he now finds himself poised pass that passion along to the next generation of aviators.

Ross’s upbringing features all the things that you might guess an aviation afflicted person might have. Model airplanes? Yep. Remote control airplanes? Yep. Visits to museums, air shows, and aviation camps? Yes, yes, and yes. A key ingredient for Ross was the supportive role his parents played. They supported their son’s interest and made it a possible for him to interact with aviation as much as any child can short of taking flying lessons. While sports and video games did find their way in, aviation and airplanes was always the main obsession.

When faced with the all important decision of what to pursue in college and where to pursue it, Ross took a different tack than becoming a professional pilot. He saw the promise of working behind the scenes in operations and management as something worth of his time and effort. After a few years studying in Ohio, Ross transferred back home to Bridgewater State to complete his degree.

Through one of his professors, Ross was able to begin his career working at Logan Airport for Cape Air. It was a great environment, surrounded by aircraft of all sizes and from every corner of the globe. Eventually though, the image of pilots, not much older than he, firing up their Cessna 402s and blasting off into the sunset wore on him. If they can do it, why can’t I? Flying had been financially out of reach for Ross up until this point but with a good paying job he might be able to make it work.

And so it was that Ross came to Horizon Aviation with a goal. He wanted to move off the ramp and into the cockpit. Flying doesn’t come naturally to anyone, but Ross might be exhibit A in the counterargument to that statement. He approached his flying with a maturity beyond his years, due in part to the added motivation fatherhood brings. Ross wasn’t flying for just himself. He was flying so that his young son would have someone to look up to and be proud of. He was flying so that when someone asked his little boy what his daddy does, his son could say “my daddy is a pilot.”

This motivation paid off and Ross is now a full fledged Certificated Flight Instructor having received his Private, Instrument, Commercial, and CFI training with Horizon. We enthusiastically invited Ross to join our Norwood instructor team which he graciously accepted. We couldn’t be happier and prouder to see his hard work pay off, and be forwarded along to the next generation of pilots.