Joy Steams Towards a PPL and the US Navy. 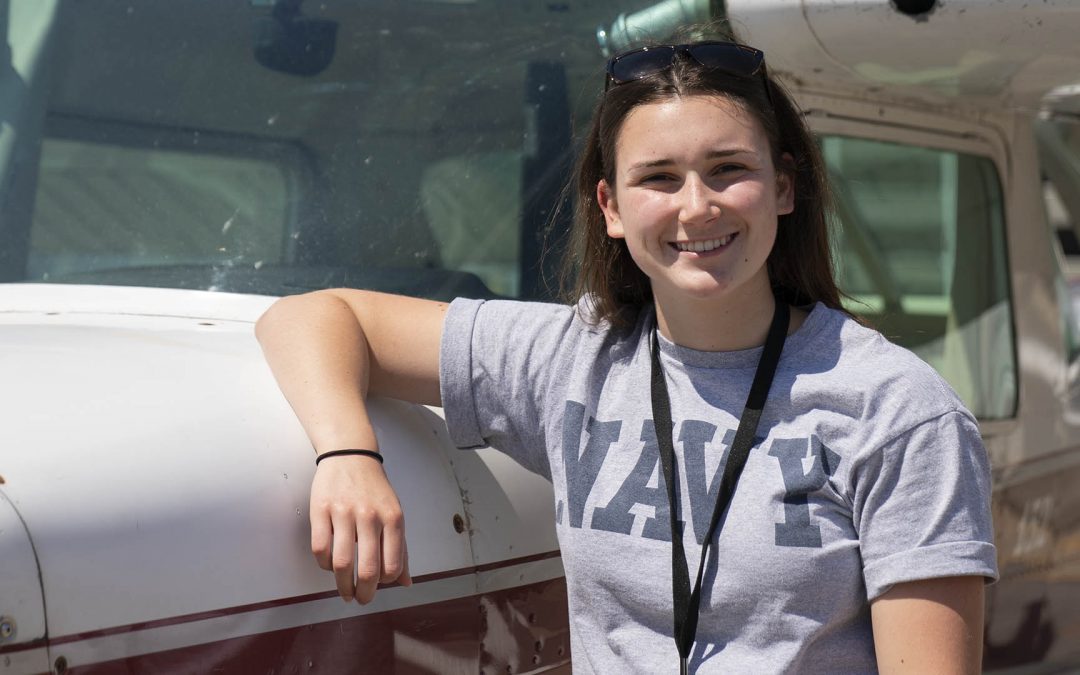 Attending one of the United States service academies requires confidence. It requires discipline. It also demands commitment not only to one’s studies and schooling but also to the country. Horizon Aviation student pilot Joy Teixeira has all of that. In just a few short weeks she will be headed to Annapolis, MD to begin her Naval career as a student at the U.S. Naval Academy. With any luck she will be attending as a certificated Private Pilot.

Joy’s desire to serve in the Navy has a foundation in aviation. It was the U.S. Navy Blue Angels flying in the skies over Rhode Island that sparked her interest in the military. “Seeing them fly over going really fast in their diamond formation, it wasn’t something you get to see every day. I thought that was the coolest thing ever.” She pursued whatever avenue she could to participate in the military culture she loved. She joined the Naval Sea Cadet Corps, a youth leadership organization that provides opportunities for young adults to pursue interests and fields of study related the Navy.

Thriving on challenges, Joy set her sights on the Naval Academy. “I figured I could get the best of both worlds. I could get the college degree…but also be in that military environment that I’ve craved my whole life. Also, the challenge of applying and giving that everything I had to see if I would make it, and I did!” With only a 6% acceptance rate, it was no sure thing that Joy would be accepted. Even now, with her attendance set to begin next month, she can only describe the experience as surreal.

Despite crediting the Blue Angels with the initial spark, aviation was not necessarily her goal  with the Navy. There are a variety of things that interest her though aviation does stand towards the top. With some time to spare in her final year of high school, Joy decided to try it out. “It was something I’m considering for my future career in the Navy so I thought I would give it a try. I love to learn and I thought it was something good I could devote my time to outside of school.” 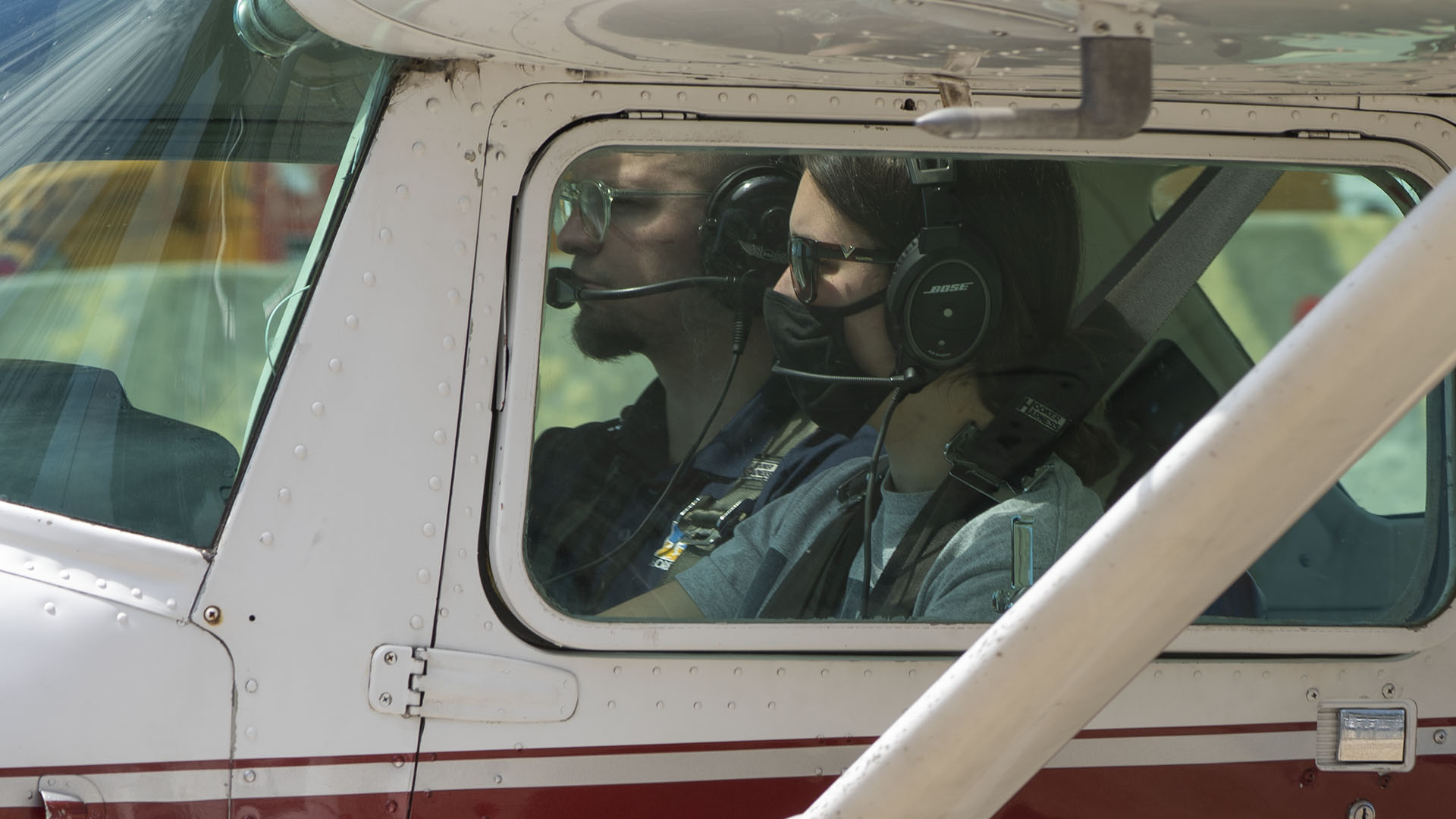 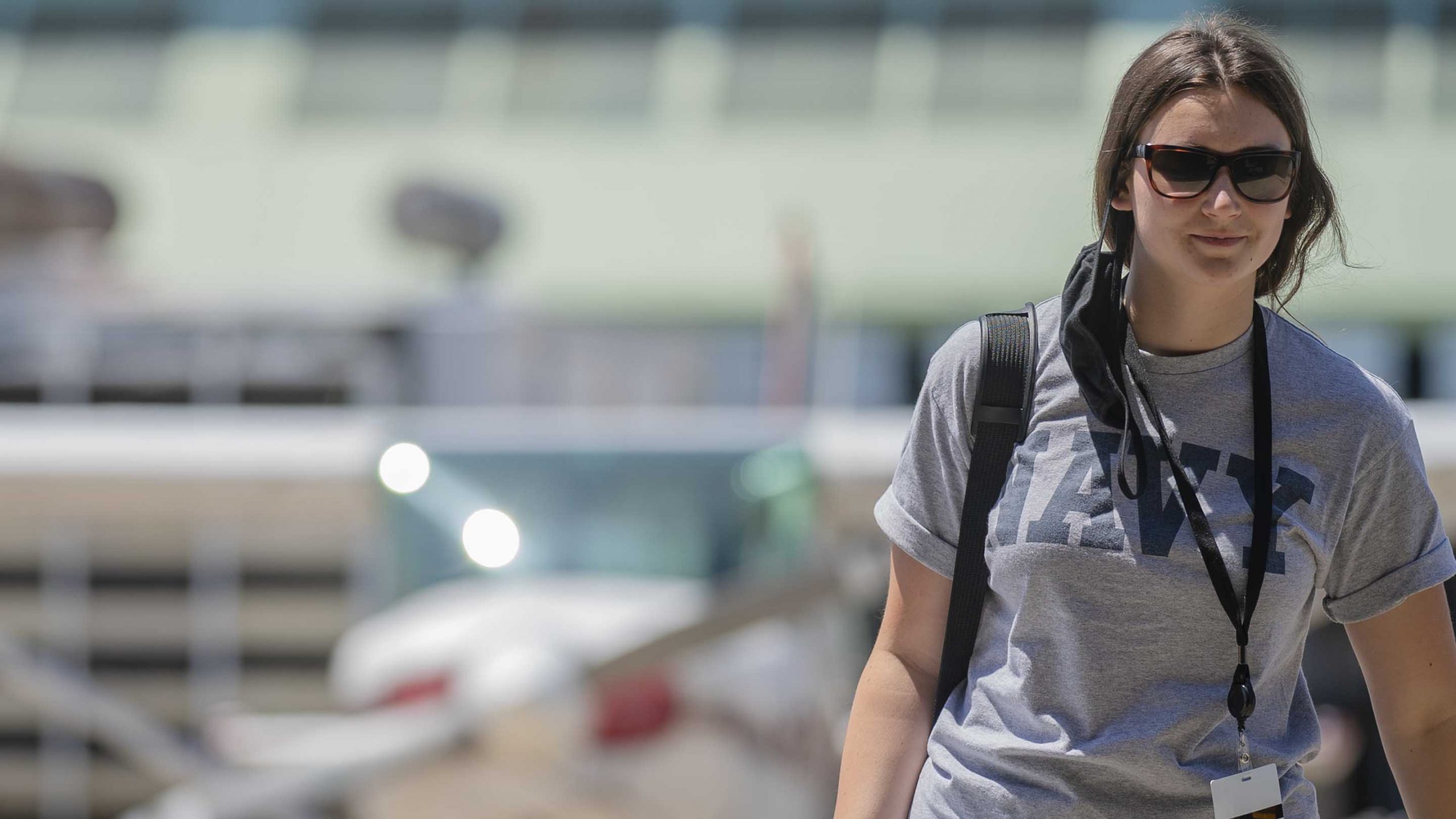 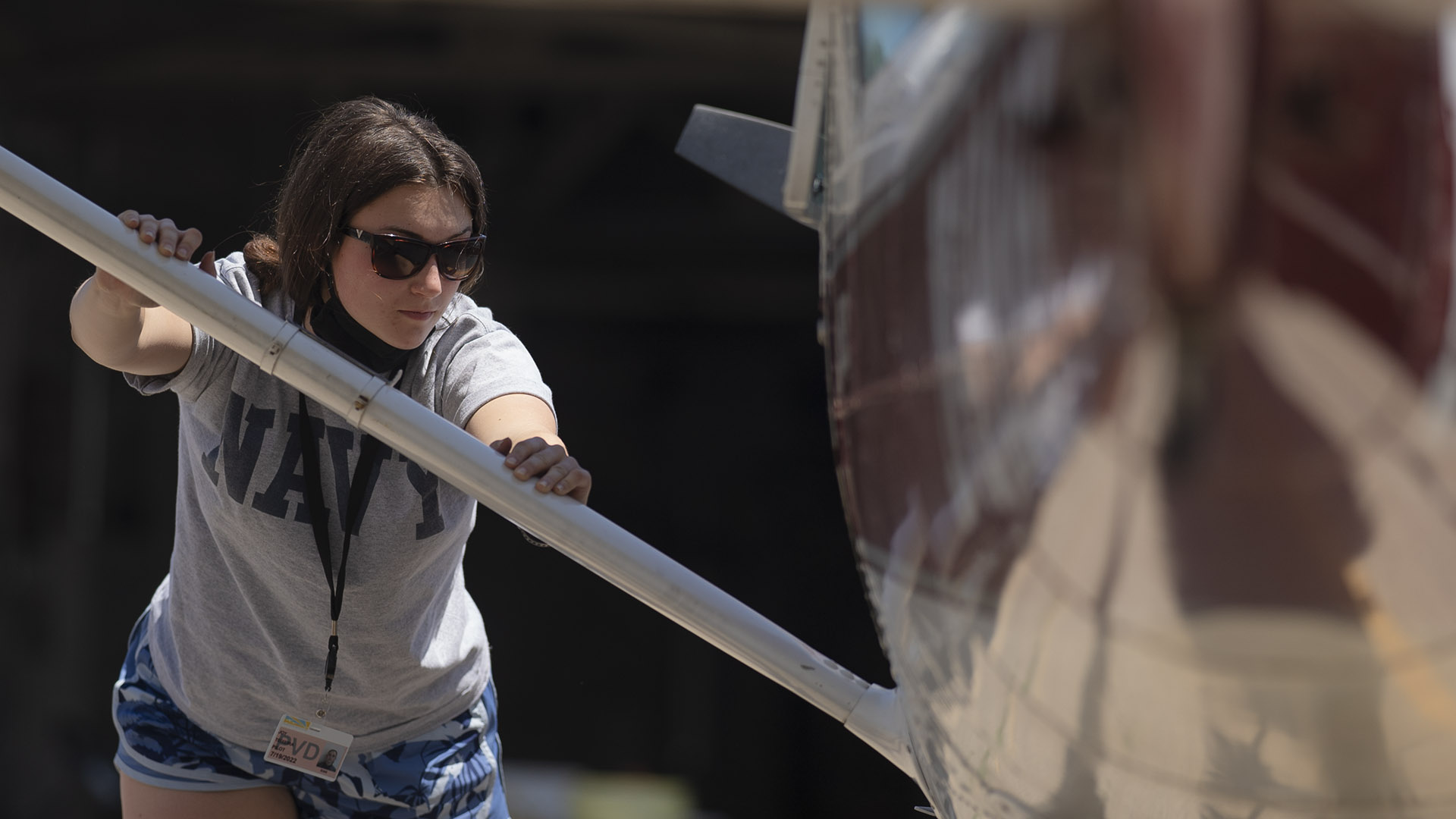 If fortune should swing another way and Joy finds herself in a non-aviation field in the Navy, that is just as well. This doesn’t suggest that her passion for flight is lacking. It proves that her desire to serve the country is paramount. “I’ve always wanted to serve my country in any capacity, really.”

In another example of thriving on challenge, Joy is attacking her training with everything she has as the weeks count down towards Annapolis. You may find her camped out at Horizon waiting to see if another student cancels and she can take the open slot. (On the day we interview her, she flew an 8am flight and immediately took an open 10:30am slot as well.) Her initial solo work is out of the way and she is working feverishly on cross country flying and check ride preparation.

With an appointment to the U.S. Naval Academy, and a remarkable commitment to an extracurricular activity such as flight training, Joy should serve as an inspiration to those students matriculating behind her, and for those who have yet to take a first step towards realizing a life long dream. “No matter your confidence level, you don’t know unless you don’t try. I always had doubts that I would get into the Academy…because you have to be honest with yourself. At the same time, you have to have the confidence in yourself to just give it a try because it’s not going to hurt you to try and to try new things as well. Whether that is applying to the Academy or going for an intro flight. Always try. You never know how much you’ll love it if you don’t try.”