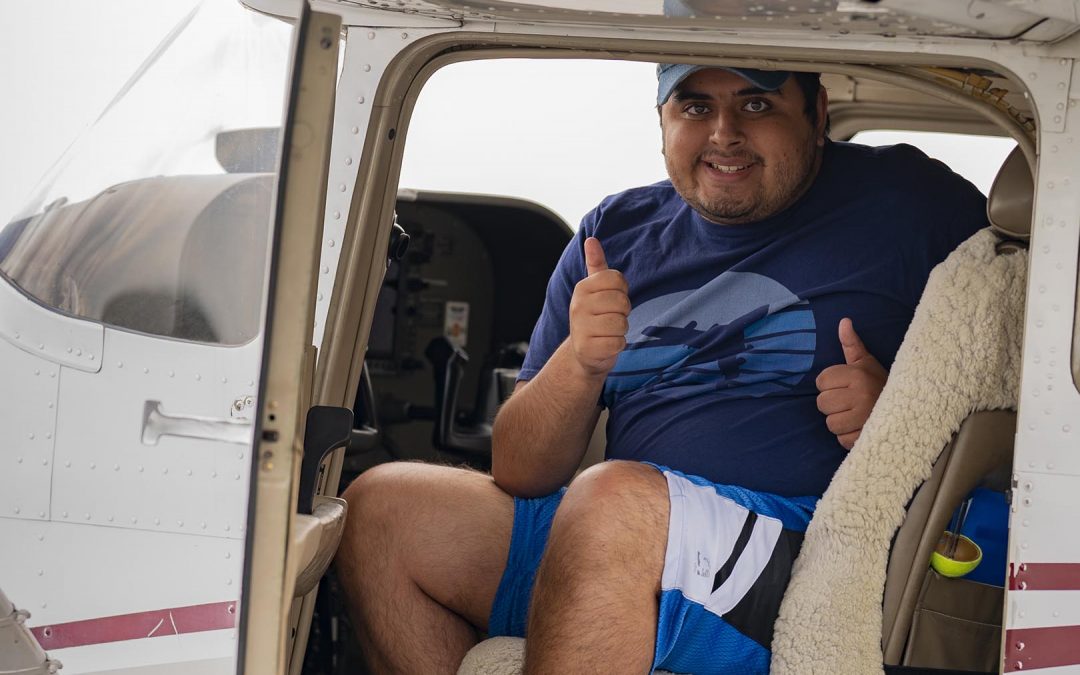 Jito has a goal. In his words, he wants to be a “forever flight student at Horizon Aviation.”

Any Horizon Aviation Norwood customer probably recognizes Jito. He is there most days with either a parent or a caregiver. He knows every instructor by a nickname; most of our students by their first names; and has opinions on every airplane in our fleet (he prefers the 172R over the G1000s.) He refers to everyone there as his Horizon Aviation family, his brothers and sisters.

His visits to the airport do more than satisfy a want for Jito. They serve as the most significant, stabilizing aspect of his world. As his mother Pam will attest, he is a different person on days when he isn’t able to visit his “HA family.” As a young adult with autism, he feels stress and anxiety differently and profoundly. He also experiences love, joy and happiness with a purity that most of us can only wish for. That happiness and joy is most abundant when he is with our group at Norwood. 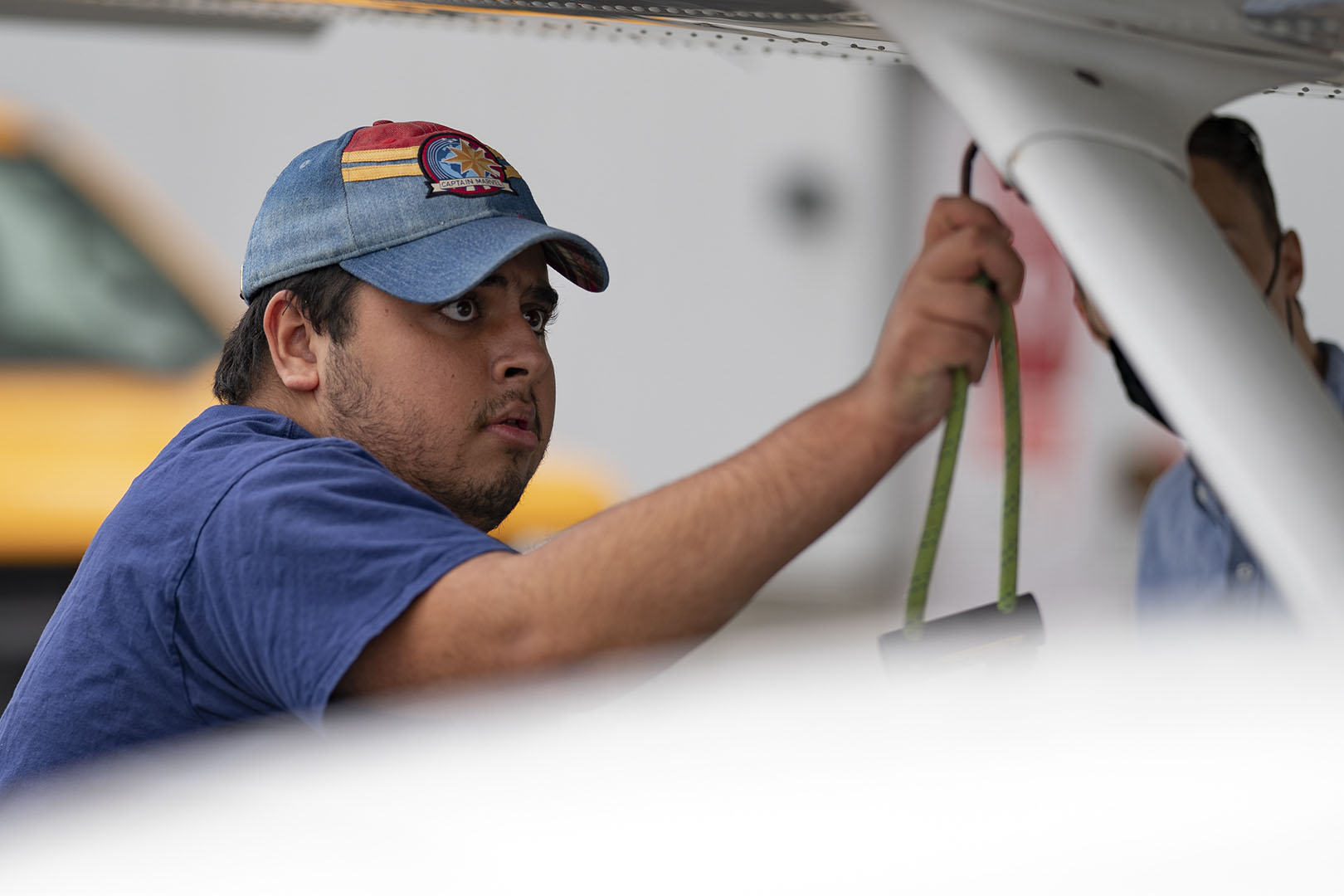 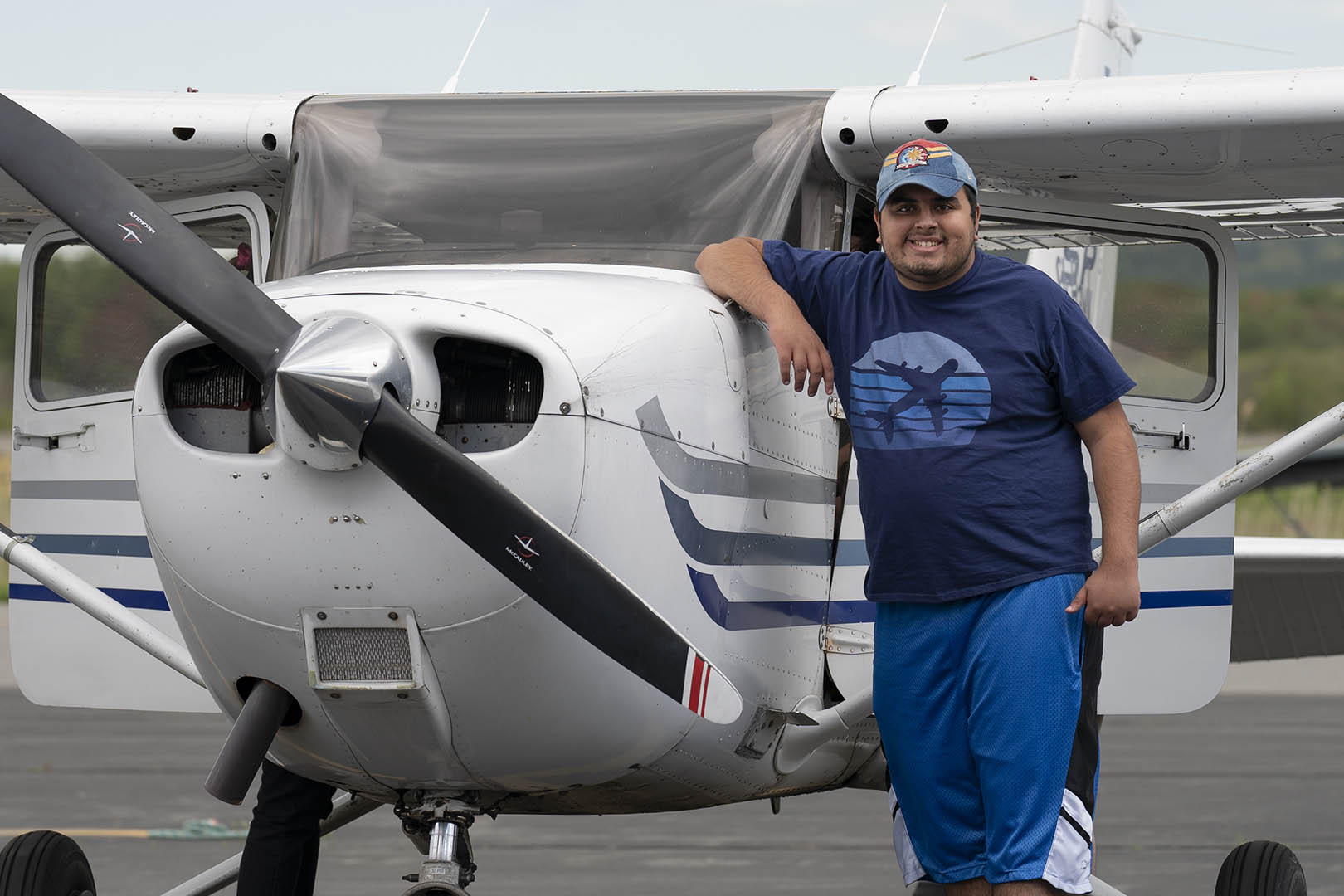 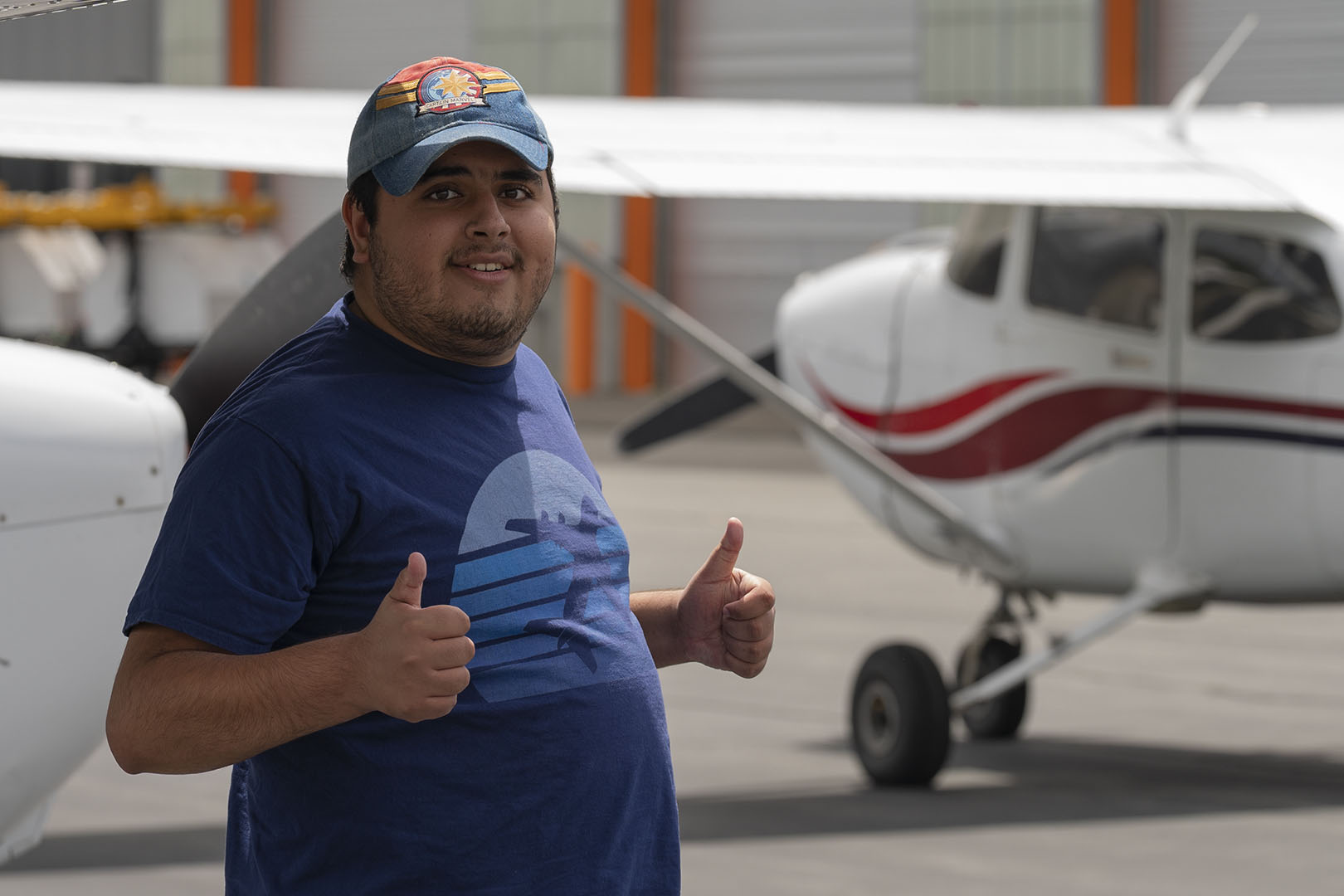 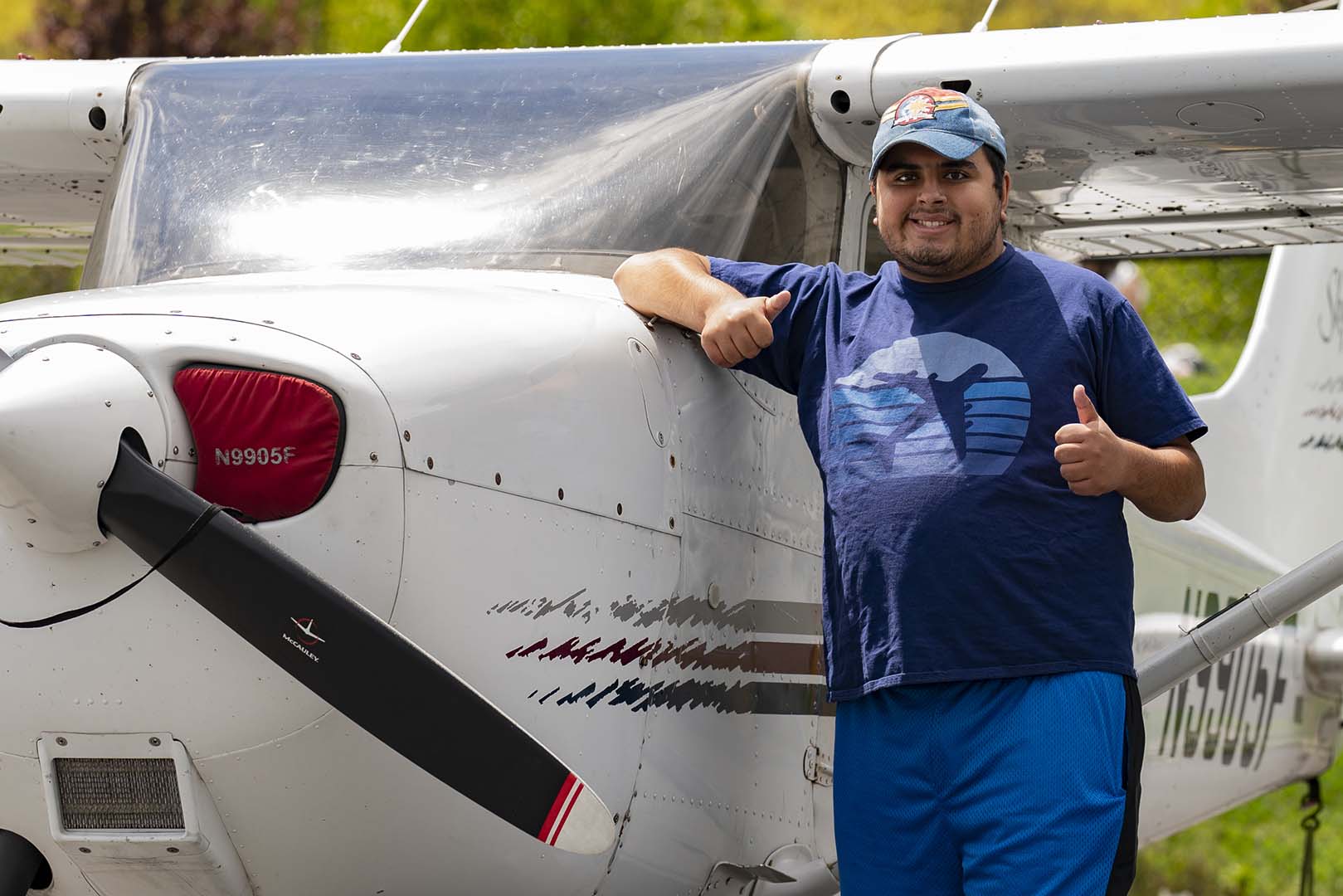 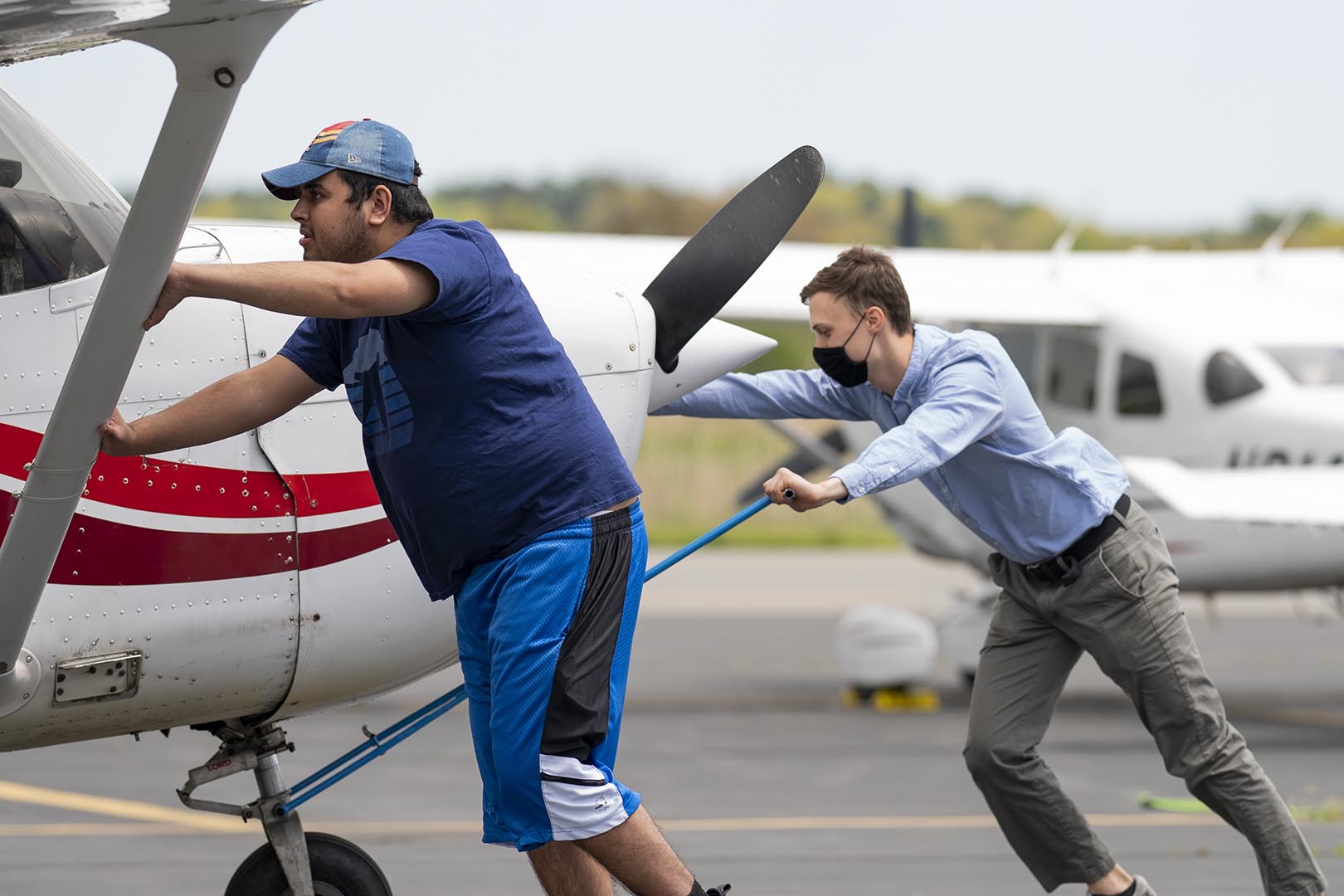 He isn’t a bystander, either. Jito has flown many hours with our instructors. He’s flown to Hyannis (his favorite), Bradley, Providence, and a slew of other airports in the area. He lists Albany, Burlington, and Rochester as airports he would like to fly to. His radio calls sound like a seasoned professional pilot with 10,000 hours. On any regular day with a regular visit to Norwood, Jito is overjoyed. On days when he can fly with us, he is over the moon. It is contagious.

The financial demands of providing for Jito’s basic needs are substantial, let alone his emotional needs in the form of aviation and flying. Until recently, the State of Massachusetts provided an amount of funding which Jito’s family was able to take advantage of. With that funding, Jito was able to participate in his great passion and fund an occasional flight lesson.

Recently, that all changed. The State of Massachusetts amended the program that funded Jito’s flying. The State will no longer provide any funds that will allow Jito to fly. He will be able to take ground lessons or simulator sessions, but even that coverage is tenuous. Already stretched thin with costs related to Jito’s living expenses, Jito’s mother began looking for alternate ways to finance his flying.

When we learned of the situation we were aghast. We had no knowledge of the state program or that Jito’s flying was funded by it. Understanding the role that aviation plays in his life, the substantial financial demands providing for him and the limited resources available, we approached Jito’s family with an offer to crowdfund on his behalf. They agreed.

And so, we are inviting all of you to contribute to our “Fly, Jito! Fly!” fund. With it, we are going to do everything we can to keep aviation accessible to Jito and keep his dreams of flying alive. To contribute, simply call or visit either Horizon Aviation location and ask our managers purchase a gift certificate for Jito. These funds will be kept on account for Jito so he may continue to fly and explore.

As much as Jito may benefit from spending time at Norwood or flying with our instructors, we cannot imagine the airport without him. His presence is a reminder that flying is about so much more than just leaving the ground. It is about the people we meet along the way, the shared passions we have, and the lessons we learn from one another. Flying and airplanes are the tools we use to bond those relationships and pursue the better versions of ourselves we hope to become.

Contact us and become a supporter of “Fly, Jito. Fly”