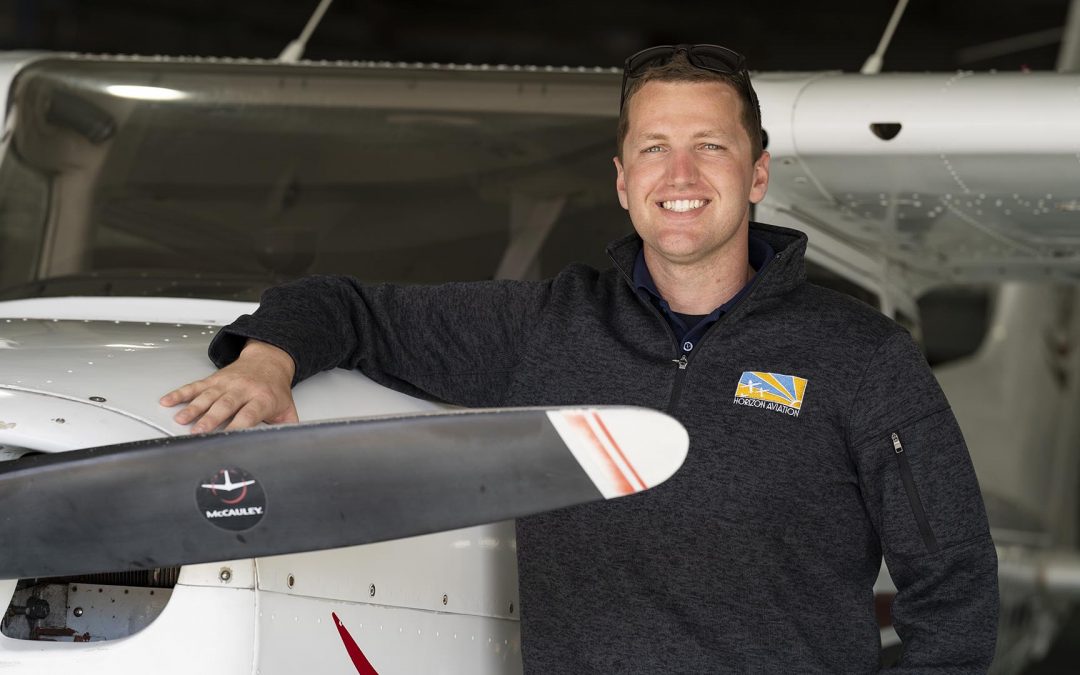 Jon has good taste in airplanes. When asked what his lottery win, dream airplane(s) is he responded “an RV-8 or a T-34.” Welcome to the Horizon CFI team, Jonathan. You are going to fit in here perfectly.

Jon attended an air show when he was 6 years old immediately became infatuated with airplanes. He began building and flying remote control airplanes with his father and, growing up near an airport, he regular infusions of aviation to keep the passion going. When it came time for college decisions, Jon took a two pronged approach. He pursued a degree in history and his private pilot certificate concurrently. Halfway through his studies, Jon realized that his heart wasn’t fully into his pursuit of a history degree and he decided to double down on his flight training.

He had the good fortune of having access to a local flying club to enable his flight training. After receiving his private pilot certificate, he was able to fly with a club CFI and use a generous friend’s Diamond 40 for his instrument, commercial and flight instructor certificates. This enabled Jon to breeze through his training and begin his career as an instructor in just a short amount of time.

Jon first instructed at a small school in New Jersey. The airport, Linden (LDJ) sits astonishingly close to Newark, one of the largest and busiest international airports in the country. It was so close that the traffic pattern at Linden was restricted to 800 feet as the arriving EWR traffic was passing overhead at only 1500 feet. Instructing this close to some of the busiest airspace in the world gave Jon a wealth of experience flying in a demanding environment.

With COVID, the flying at Linden slowed to the point where Jon’s schedule was becoming bare. Still in love with teaching, and still intent on becoming a professional airline pilot, Jon searched for a new home for his instructing career. We were honored when he accepted our invitation to join us and continue his career.

For Jon, seeing the moments when his student’s see a tangible result of their effort makes it all worthwhile. Those moments are even more pronounced in instrument flying. He loves the IFR environment and loves introducing his students to it. “There is always something to do, there is always something expected of you. There is no gray area with instrument flying, it is all black and white. I love the systematic approach of it.”

Welcome Jon, to Horizon Aviation. We are excited to have you with us!