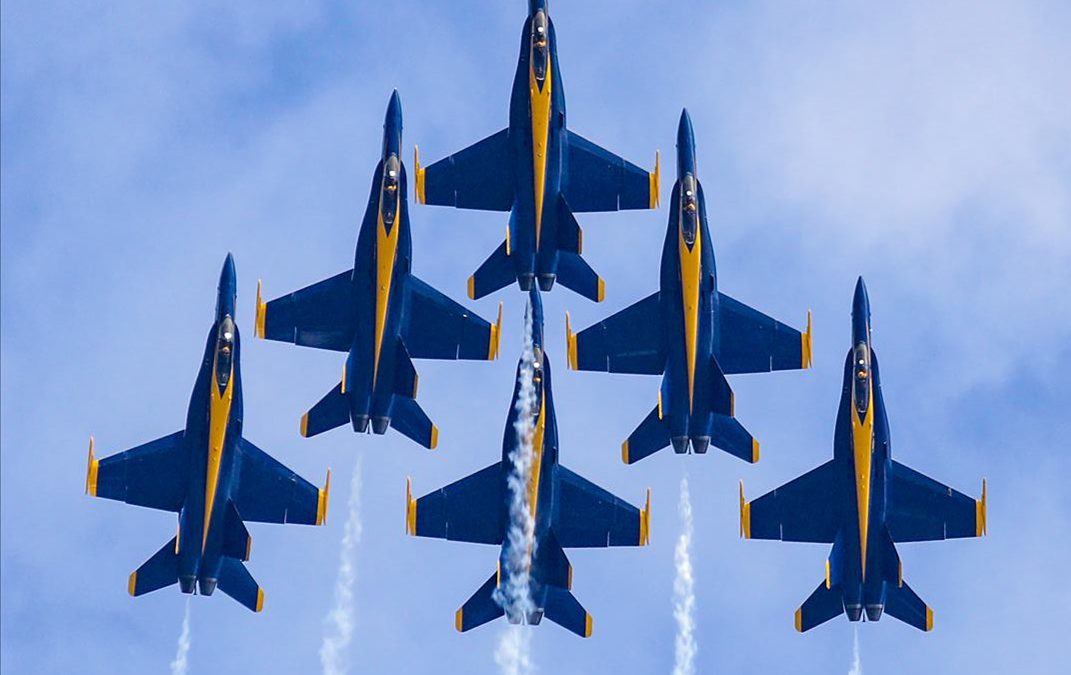 Inflection Points is a series where we examine our paths to the cockpit and what inspired us to pursue flying. If you have a story about what motivated you, please send us an email (info@horizonaviation.com) or contact us on Facebook.

I don’t how know the passions of non-flying people begin. I don’t what leads someone to boating, or skiing or other non-winged interests. What I can tell you is that almost every aspiring pilot we talk to can point to the inflection point that began their journey to the skies. Without a doubt the most common story we hear from our future pilots is “my family took me to an air show.”

Let’s face it, people tend to take airplanes for granted. For most, a 737 or a “Cessna” (in this case the word “Cessna” being used to describe any propeller driven airplane smaller than a 737) flying overhead is as commonplace and unremarkable as a car driving down the road. It is not until something different, something miraculous happens that some of us see airplanes and flying differently. Air shows are the only public events where those flying miracles are performed for all to see. When people have only seen is commercial traffic landing at Boston Logan or Providence, the experience of watching and feeling an Air Force B-1B perform a high speed pass with a 20 foot cone of flame coming out the back of four afterburning engines is unbelievable. When the only small airplanes you have seen are the ones drawing slow lines across the sky, seeing an air show performer tumble end over end defies what was thought to be possible. String hours of these revelatory moments together and you have an air show. There is nothing else like it.

Those that get completely bitten by the air show aviation bug, the performing airplanes become like sports superstars or celebrities. Seeing a military airplane becomes a big deal. Seeing a high performance aerobatic airplane becomes a big deal just like seeing your favorite sports hero might. The difference though is that while you can be like your favorite quarterback, you can actually be the pilot of those airplanes. With air shows and aviation, you can become the hero of your own story.

Not everyone jumps in to the dream of flying with both feet and that is perfectly okay. Some people let it simmer for years until they are able to act on it and take that first step towards becoming a pilot. As I sat pondering this thought this morning I surveyed the four people in the lobby of our PVD office. One attended his first air show with his family around 2004. Another attended his first show in the late 1990’s. And another attended their first show in the 1970s.

As the world returns to some level of normalcy and the national air show calendar begins to repopulate, keep your eyes out for news of air shows in our area. It may prove to be the moment that inspires you or a loved one towards our mutual dreams of flying. Did you get your first aviation fix at an air show? Let us know!