Why You Should Love Flying Out Of Busy(er) Airspace 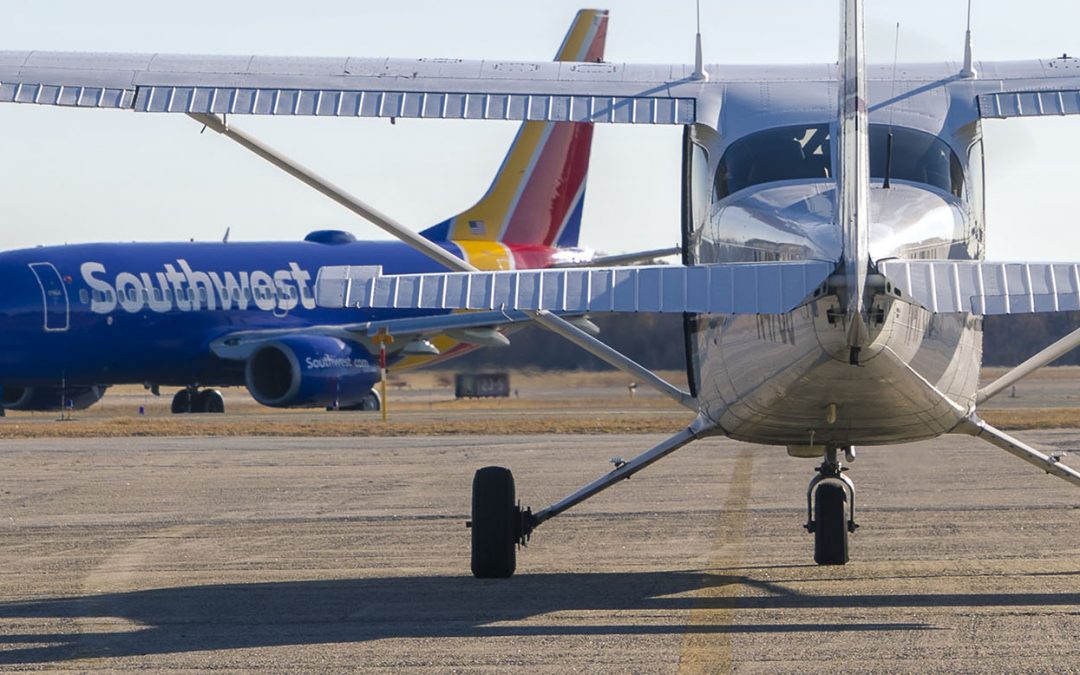 To the onlooker, T.F. Green Airport in Warwick, RI (PVD) can appear too big, too busy and too complicated for flight training. Ask any of our students and they’ll tell you the exact opposite. It is precisely the combination of size, volume of aircraft traffic, and air traffic control that makes PVD an amazing location for flight training.

In general, there are two different flavors of airports: larger with commercial traffic like PVD, and smaller airports like Norwood Memorial Airport in Norwood, MA (OWD) that are frequented by private aircraft. Commercial airports like PVD, known as a Class C airport, have higher levels of control provided by air traffic control (ATC) complete with radar services. This gives them a precise view of where each airplane is and where it is going. Every airplane flying in, out or through this type of airspace has to be in contact with air traffic control via radio and electronically via a transponder that tells ATC exactly the heading and altitude of that aircraft. This means that the arrivals, departures and even the taxiing aircraft are all part of a highly choreographed dance managed by ATC.

What makes PVD so special is that the air traffic controllers know our airplanes and how to work us in seamlessly with the larger commercial airliners. It is not uncommon for Horizon students to practice takeoff and landings at PVD while there is a lull in commercial traffic…and there are lots of lulls! Data from 2017 suggests that PVD experienced about an average of 6 commercial arrivals and/or departures per hour! With only one large airplane coming through every 10 minutes, PVD students have lots of time to use the airport without any worry of delay waiting their turn to takeoff or land.

An odd side benefit of PVD appearing to be big and busy is that we have an absolute minimum amount of other flight training providers using the airport for training purposes. It is pretty common to go to a smaller airport and be the third, fourth, or even the fifth airplane practicing take off and landings at the same time. That is unheard of it at PVD.

Learning how to fly at PVD provides our students with the invaluable experience needed to confidently navigate any type of airspace they will encounter. Each Rhode Island based flight begins and ends at PVD but we utilize the outlying airports (North Central, New Bedford) to explore what it is like to operate out of non-towered airports with no air traffic control. We have helped many pilots that have learned at small airports become comfortable with navigating Class C airspace. Many have confessed to avoiding PVD and airports like it out of intimidation and a fear of “messing up.” Each and every time we help a pilot conquer their fears, they have not only grown comfortable with the larger airport environment, but they have to come to enjoy it.

We love flying at PVD and we feel lucky that we get to experience everything it has to offer. By the time our students have completed their training, they will be confident interacting with larger airports of all shapes and sizes. This is an invaluable asset as they begin to explore with their pilot certificate. They will rarely avoid flying somewhere out of intimidation or fear of not knowing how to do it proficiently. They know because they had the opportunity to learn each and every time they flew with us at PVD.