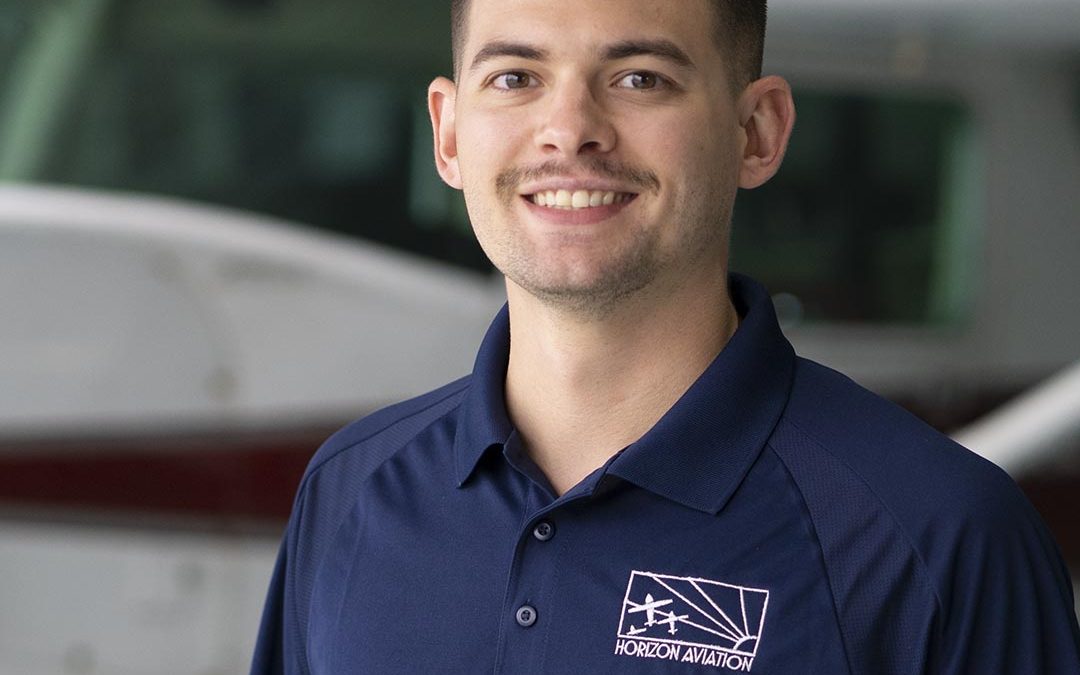 Callers to our PVD facility will hear a new voice greeting them. Matthew McMerriman is our newest manager to join our team. A private pilot, it has been Matt’s goal of being a professional in the aviation industry and we are privileged to be a part of his journey.

Matt’s interest in aviation was sparked by a school movie shown in his fifth grade class. He had heard an occasional story about his late grandfather flying gliders, so when young Matt told his mother about this school movie she doubled down and told him all about his grandfather’s exploits in the air. Hearing the family connection to flight cemented his passion for flying though it wasn’t until his senior year of high school that he was able to begin taking flight lessons.

He became a Private Pilot after completing his first year of college. Matt made it his goal to complete his flying and his college education without taking on any student debt. To that end, he worked 25-30 hours per week while attending college to pay for his education. That hard work paid off in the form of a Bachelor’s Degree in Business Administration with a focus in management, all without any student loans.

Matt worked in the food industry before finding his way into aviation and his new role with Horizon. Ultimately, he would like to have a career as an airline pilot but he is relishing coming to work and being able to surround himself not just with aircraft, but with people who are actively engaged in learning and growing as pilots.