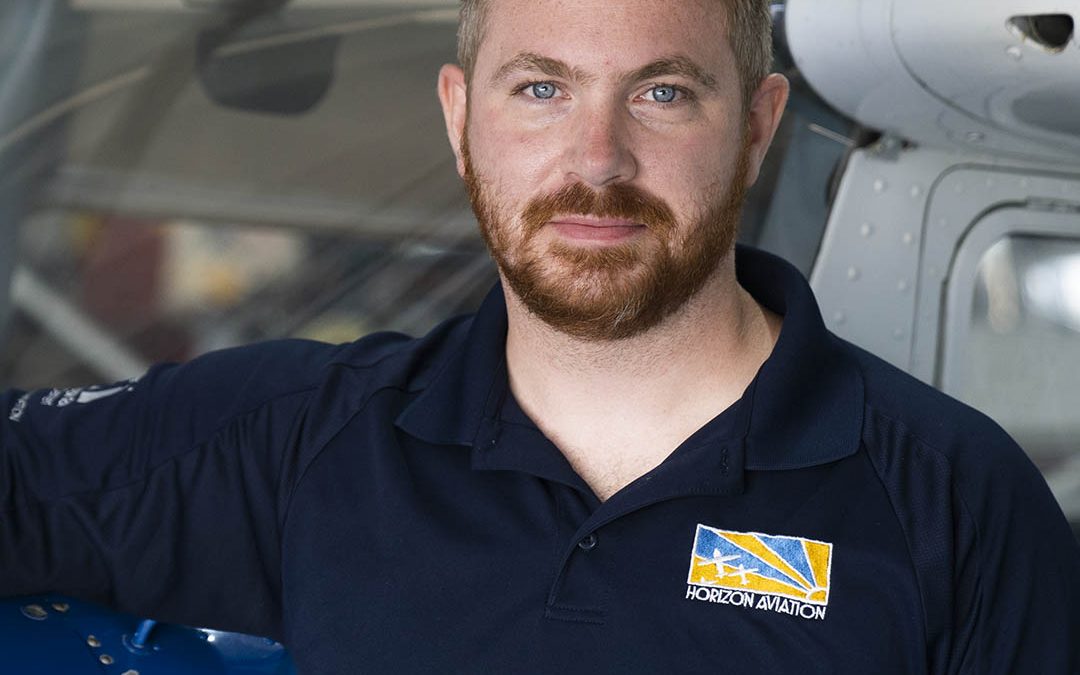 Horizon is thrilled to welcome Ryan McCarthy to our team of flight instructors. He brings a wealth of leadership experience to our Providence base.

Originally from Ipswich, MA, Ryan caught the flying bug in elementary school after attending an air show in Brunswick, ME. He became enamored with the U.S. Navy Blue Angels and immediately set a goal of being a Navy pilot. He pursued that dream with vigor, obtaining his Private Pilot Certificate while still in high school and enrolling at the prestigious Purdue University as a Navy ROTC cadet. While at Purdue he completed his pilot training to include his Certificated Flight Instructor’s license.

His career in the Navy would be spent driving ships rather than airplanes though he never lost his love of flying. After spending time in ports around the world, Ryan separated from the Navy and once again set his sights skyward.

Jokingly, Ryan is happy to be piloting anything that isn’t a large, grey Navy ship. He takes real joy in bringing people up in the air for their first flights. Watching their reactions to seeing their homes from the air, or from taking the controls of an airplane for the very first time is something that can’t be replicated in any other profession.