Complex Advanced Training Aircraft Are On The Way 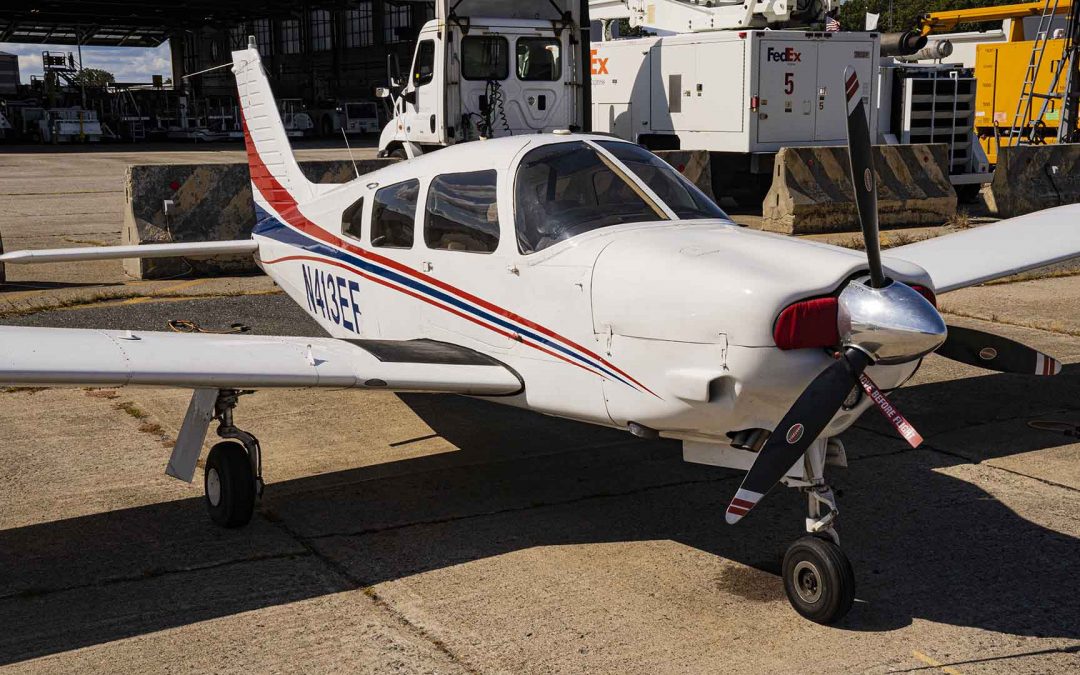 Horizon pilots will soon have two additional choices of aircraft to fly. Our Cessna 172RG and Piper Arrow will be returned to our fleet after undergoing significant avionics upgrades. In the coming weeks they will be transformed into modern, sophisticated and desirable training airplanes that qualify as both complex and technologically advanced aircraft.

These two aircraft represent a significant value for training pilots. The hourly rate on the aircraft will be competitive with our Cessna 172 G1000 airplanes. Instrument student will enjoy the higher cruising speeds and instrument capability of the airplanes while commercial students will be able to simultaneously obtain their required TAA experience and complex aircraft endorsement, valuable to most employers. Complex aircraft all feature a constant speed propeller, flaps and retractable landing gear.

The instrument panels will be outfitted with dual Garmin G5s which will function as primary flight displays and also replace the directional gyro and HSI. In addition, both aircraft will receive CGR-30P engine monitors which provides accurate readouts on RPM, manifold pressure, fuel flow, and 4-cylinder EGT and CHT. The 172RG will also be outfitted with a new Garmin GTN-650 touchscreen NAV/COMM GPS while the Arrow will retain its Garmin 430W.

Both aircraft are expected to rejoin our fleet in September. One aircraft will be based at each Horizon Aviation location.

The instrument panel of our Piper Arrow before it receives an upgrade in the summer of 2020. 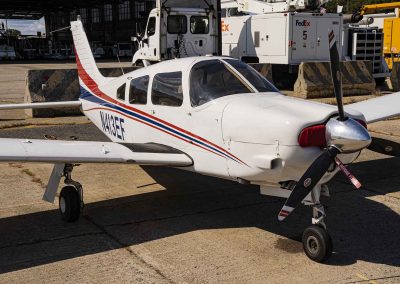 Our Piper Arrow is a perfect platform for instrument, commercial or CFI training. 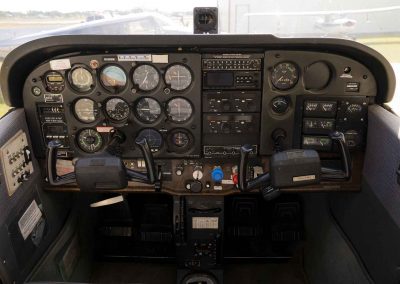 The instrument panel of our Cessna 172RG before it receives an upgrade in the summer of 2020. 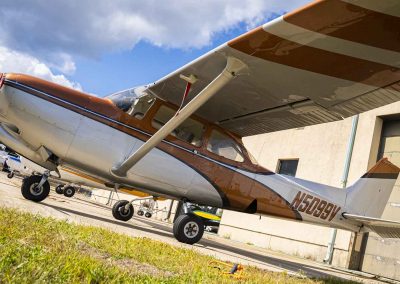 Our Cessna 172RG Cutlass is powered with 180hp, and features retractable landing gear and a constant speed propeller. 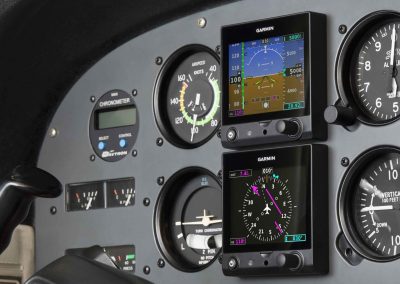 Our complex airplanes will both be equipped with dual Garmin G5s in the summer of 2020. 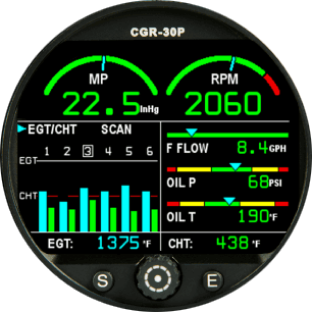 Both of our complex airplanes will be outfitted with CGR 30P engine monitoring gauges.