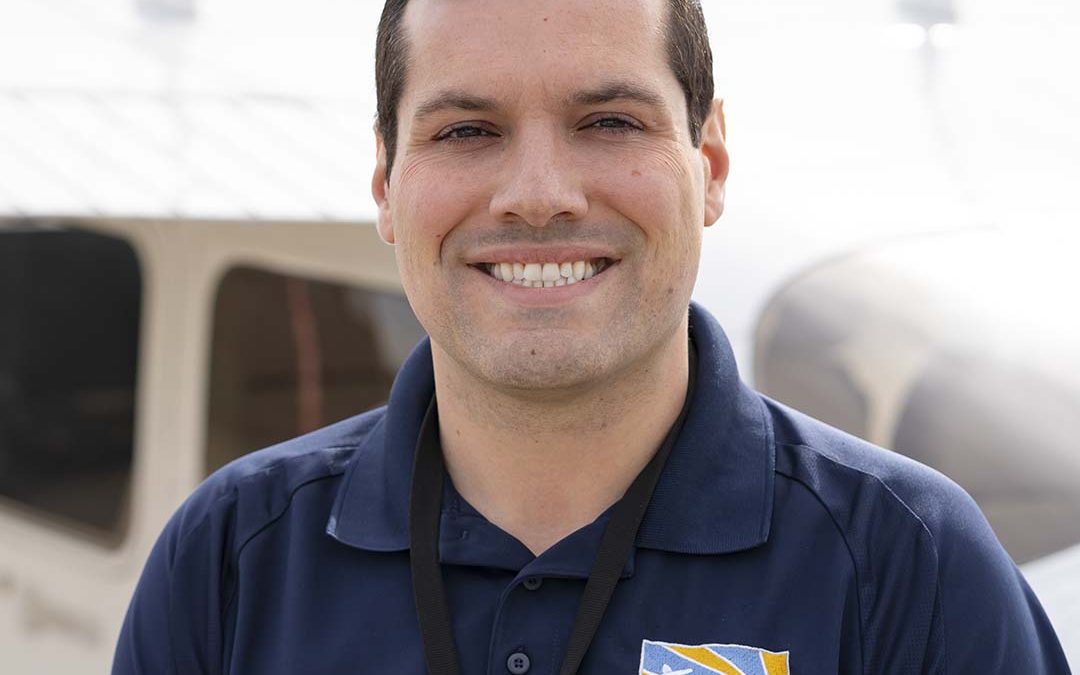 Mike Demers has joined the CFI team at Horizon’s PVD facility. This is a bit of a homecoming for Mike as his entire flying career began with Horizon as a student pilot. Mike grew up across the street from an airport in northern Maine. The normal site of airplanes outside his window drove his childhood ambitions away from aviation, towards things he didn’t see on a daily basis. He would go and look at the airplanes on the ramp, even take an occasional flight with the airport manager, but his dreams were directed towards becoming a police officer. A college degree allowed Mike to pursue his career in law enforcement. He was a member and ultimately a supervisor for some of the policing units at Boston’s largest hospitals. The work was rewarding and showing promise until a hospital merger spelled disaster for his career. Facing a layoff, Mike was thinking it was time to try something else. He was given a Horizon Aviation Airman’s Flight introductory lesson as a gift and that flight, his first in many years gave him a new professional direction. He knew right then that this was what he wanted to do. He was able to pursue his Private Pilot certificate while still employed in the law enforcement field. He worked third shift, making his 8am flight a great way to end his work day. Now a Certificated Flight Instructor, Mike brings a wealth of professionalism into the cockpit with his students. His attention to processes and procedures, an inherent aspect of a career in law enforcement, will make flying with Mike a fantastic learning experience for any pilot. Welcome home, Mike!