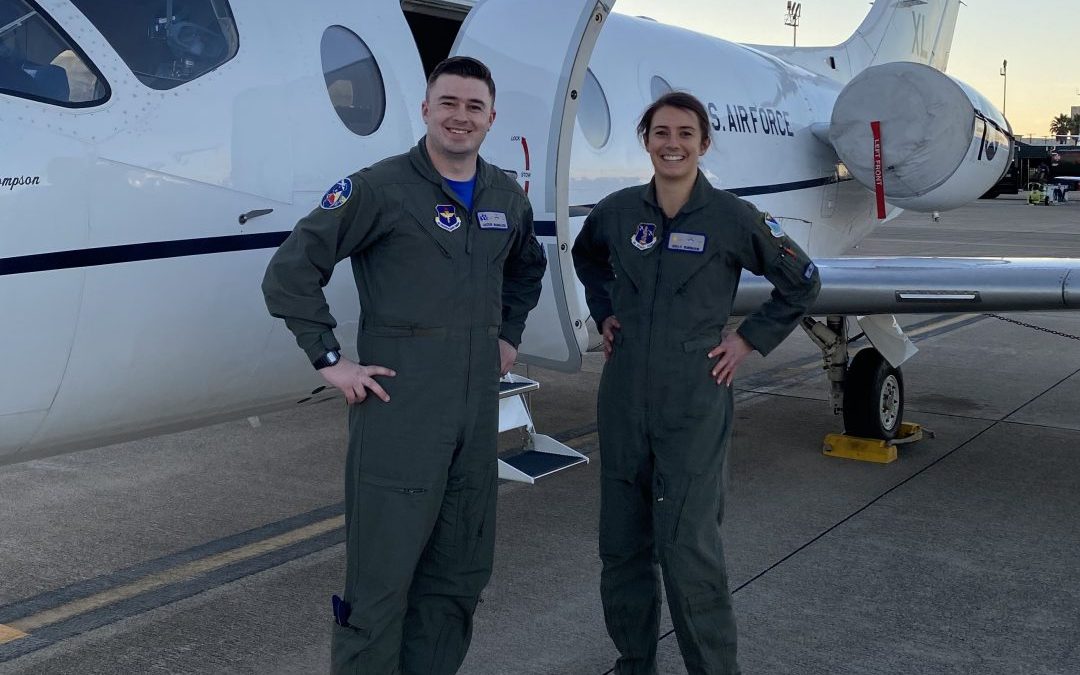 Horizon alum Jacob McMullen has graduated to the second phase of his flight training with the United States Air Force. After completing his initial training in the T-6 Texan II, Jacob is now flying the T-1 Jayhawk, the military version of the Beechjet/Hawker 400A. All pilots in the Air Force begin their training in the T-6. From there, they are routed into one of three advanced training tracks. Future fighter and bomber pilots begin training in the T-38; helicopter pilots being their own track and others will track into airlift/tanker training and fly the T-1. Jacob, hoping to fly the largest airplane in the Air Force, is exactly where he wants to be with his assignment to the airlift/tanker track. His first flight in the T-1 involved some basic maneuvering including steep turns, stalls, slow flight and unusual attitudes (sound familiar?) Things will progress rapidly with an expected graduation date as early as June of this year. It will only be then that Jacob will learn which airplane he will get to fly. We are proud of our students and being able to watch Jacob live out his dream is a privilege for us all. He has previously extended an invitation to any young student interested in pursuing a flying career in the military to reach out to him for advice and guidance. Questions may be forwarded to info@horizonaviation.com and we will gladly forward them along to Jacob.