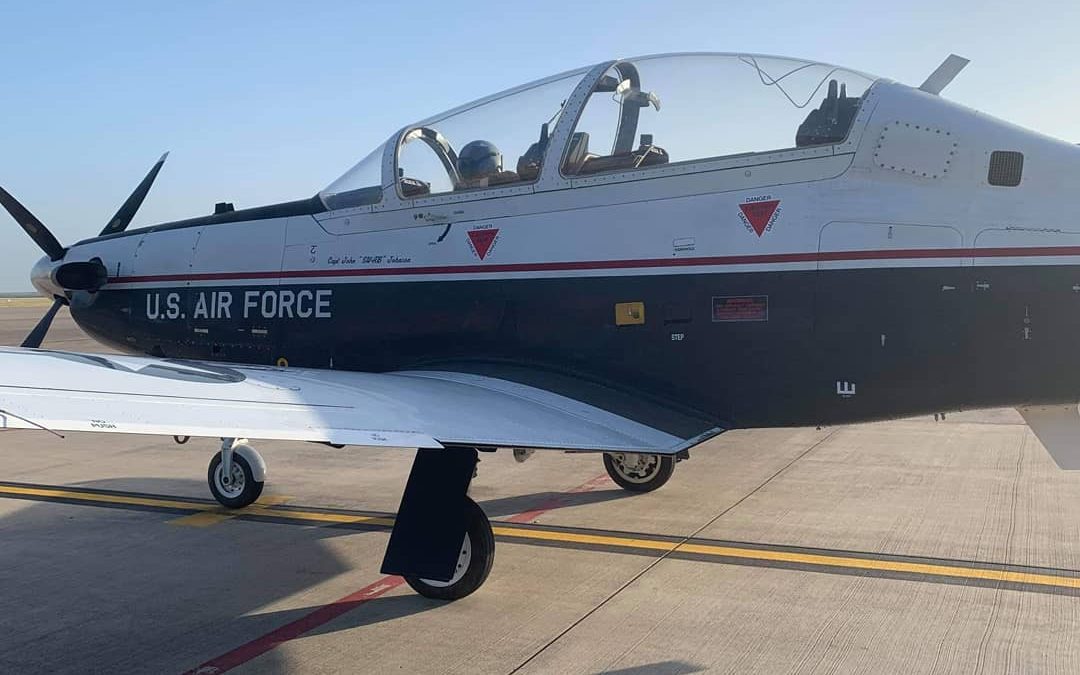 Childhood dreams of flying are often commingled with dreams of becoming a military pilot. For many, those dreams go unrealized, with passions and motivations dispersing across the broad spectrum of life’s opportunities. For a few, the dream of service and of flying the fastest, largest, most modern aircraft on the planet only becomes more focused with time. Horizon student Jacob McMullen was one of the few who remained focused and is now in flight training with the United States Air Force. Jacob’s journey to the Air Force began to take shape through his involvement with the ROTC program at Norwich University. It was through that program that he was awarded an Undergraduate Pilot Training position. Between graduating from college and beginning his military training, Jacob pursued his Private Pilot training with Horizon Aviation. Having his PPL would give him an advantage once he began his military training, and allow him to bypass the Initial Flight Screening (IFS) phase of training in the USAF. With that motivation, Jacob pursued his PPL in earnest, flying as much as 4 times per week. He was able to complete his check ride before leaving for the Air Force. He credits his Horizon instructors for helping to set him up for success in the USAF. “They were able to give me a strong aviation foundation that I am able to build on and adapt to fit my current needs as a pilot,” he said upon reflection. Currently stationed in Texas, Jacob has been flying the T-6 Texan II. This 6,300lb, 1,100hp turboprop powered airplane capable of speeds in excess of 300mph is a significant step up from Horizon’s Cessna fleet, but the fundamentals he learned in the 172’s still apply. “How you fly this plane is so much different than flying a Cessna, but when the wheels lifted off the ground, I was reminded of my times at Horizon and all the lessons I learned flying with my great instructors and going solo for the very first time.” After completing his initial training with the T-6, Jacob hopes to progress towards flying the largest airplane currently in service in the USAF; the gigantic C-5 Galaxy. So far, everything has been a dream come true for Jacob. To help others realize their dreams of flying in the Air Force, he has made himself available to answer questions about his journey to Air Force. Questions may be sent to Horizon at info@horizonaviation.com and we will forward them to Jacob.