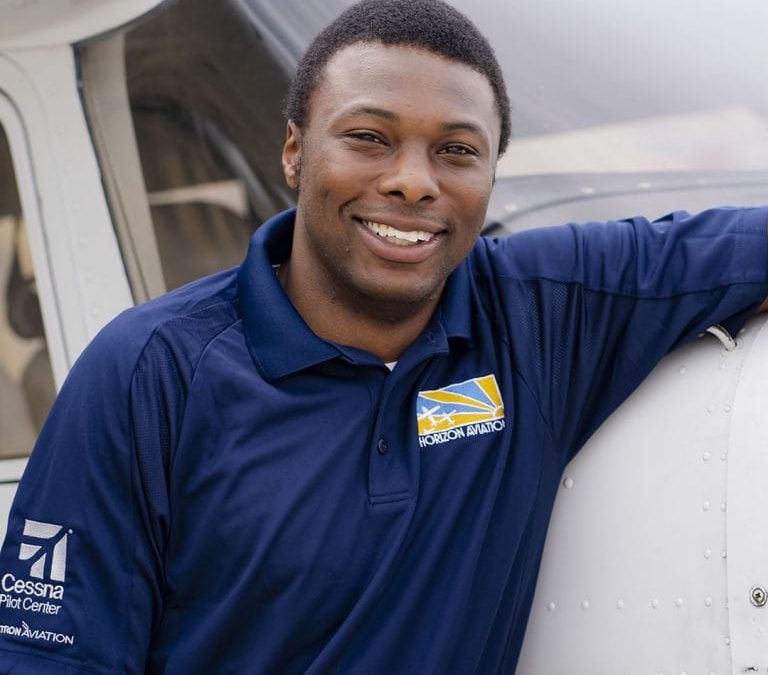 Trey-Shaun Dembert has joined the flight instructing team at our Norwood facility. Trey’s aviation career had an unlikely beginning. Growing up in Manhattan, he remembers vividly the attack on 9/11. The constant airing of the attack on the news inspired a deep fear of flying that bubbled to the surface when his family took a trip soon thereafter. A trembling, 6-year old Trey was visibly upset while boarding the airplane. The flight’s captain stepped in and welcomed Trey into the cockpit to take a look at how the airplane was flown. Seeing the instrumentation, and being in the front of the jet not only assuaged his trepidation, but it inspired a curiosity about flying that would persist throughout his childhood. In no time, Trey became a flight simulator addict. Opportunity again smiled on Trey before he entered high school. He was invited to attend the New York Harbor School, a maritime based high school on Governor’s Island in New York. Immersed in a diverse community of driven students, Trey-Shaun realized that his potential was limitless and he could do anything he wanted to do; including becoming a professional pilot. Now a certificated flight instructor, Trey is looking forward to furthering his knowledge, his skills, and his ability to inspire the next generation of aviation hopefuls.