Oscar is a Private Pilot! 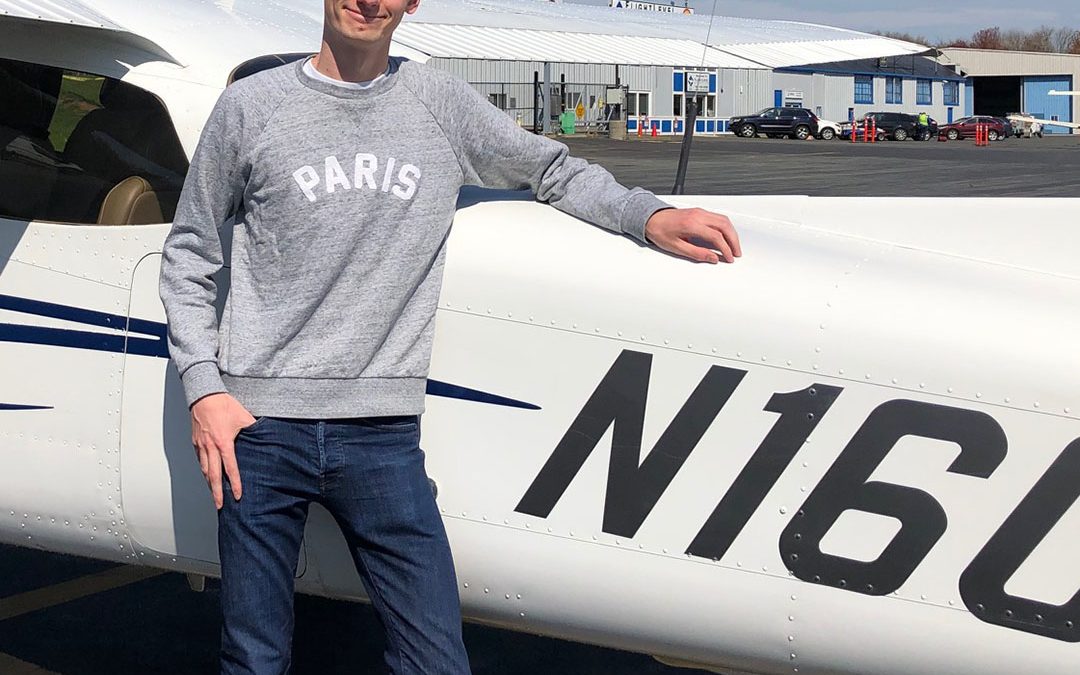 Oscar grew up in a flying household in France where he spent much of his youth flying with his father, a seasoned instrument pilot. As many have found, dreams of flying in Europe are often tempered by the prohibitive cost of flying there. We are thrilled to report that after years of dreaming, Oscar can finally say that he is a pilot! From Oscar: “I was introduced to flying very young by my father, who had gotten his Private Pilot License. As I grew up, I kept flying with him and despite not being able to see above the instruments I still loved it. As soon as my feet reached the pedals I started the training for the PPL in France, which I then suspended knowing I was going to attend college in the USA. After arriving in Boston, I immediately reached out to Horizon Aviation which stood out for its professionalism and experience in this field. I could’t have made a better choice as the team of instructors and professionals working at Horizon were above anything I could have expected, both in the plane but also as humans. Flying with Horizon is being part of a community that invests in your learning and I would recommend it to anyone who wants to learn flying! The school is so well organized that you only have to focus on your training, which is the essential part: there are few better feelings than being aboard the plane, fully in control while enjoying the views of New England and the Atlantic coast.”